Riga – the biggest and most vibrant city in the Baltics | Latvia 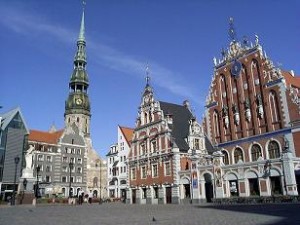 Riga is the capital and largest city of Latvia, the biggest and most vibrant city in Baltics, and an important seaport, situated on the mouth of the Daugava. It is also the largest city of the Baltic states and third-largest in the Baltic region, behind Saint Petersburg and Stockholm.

Riga’s historical centre is declared a UNESCO World Heritage Site thanks to its amazing houses. The city is known as the most expensive Baltic city and is particularly notable for its extensive Jugendstil (German Art Nouveau) architecture, which UNESCO considers to be unparalleled anywhere in the world.

Around Riga you can visit several great places such as the coastal resort Jurmala, the Sigulda castles overlooking the scenic Gauja River Valley, and the Rastrelli Palace at Rundale.

What to see in Riga