Tongeren – the oldest town in Belgium 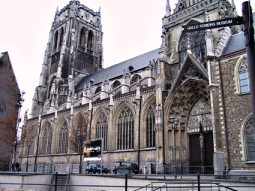 Tongeren is the oldest town in Belgium, founded in the year 15 BC. Initially served as a base and supply station for the Roman troops in the Rhine region but grew rapidly into large commercial center and into one of the largest cities in the north of Gaul.

The first Roman city wall from the 2nd century is a silent witness of Roman occupation. On the town square stands the statue of Ambiorix, who withstood Claire Ceasar’s legions.

The antique market attracts thousands of tourists each Sunday. Tongeren is a city where history still lives and breathes, but it is also a city with a young, dynamic heart.

View Tongeren – the oldest town in Belgium in a larger map