Olavinlinna Castle in Savonlinna – most beautiful castle in Finland 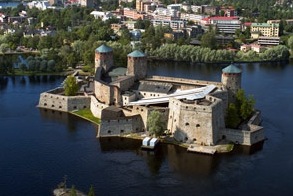 Olavinlinna medieval castle lies on a rocky island in Lake Saimaa area in the town of Savonlinna, in Finland. Olavinlinna Castle is one of the best preserved castles in the Nordic countries. The castle (fortress) was built in 1475 by Dano-Swedish statesman and regent of Sweden Erik Axelsson Tott and should serve to repel attacks from the east and as a protection of the eastern border of Sweden. The castle had an important strategic position, as it lies on the channel connecting many lakes around. 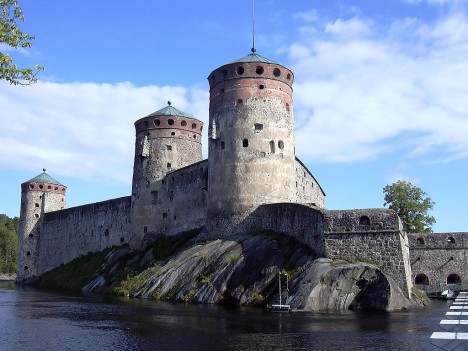 In 1714, the Castle Olavinlinna became the property of the Russians for a few years until 1721; but by 1741 it was once again in Russian hands, and remained so until Finland was granted independence from Russia in 1917. The castle has three massive towers, however it originally had five towers. Today there are several museum exhibitions and Castle Museum. In the museum there are objects associated with the castle. There is also a museum with a collection of religious icons and religious objects in Finland and Russia. Olavinlinna Castle Opera Festival takes place here every year already since 1912.