Siracusa (English: Syracuse) is an ancient city in the biggest Mediterranean island – Sicily, Italy. It is located in the southeastern part of the island and is divided into old and new cities. Siracusa was founded around the year 730 BC by colonists from Corinth. Soon after the founding, the city began to grow and became an important cultural center. During its greatest times there were reportedly 500 thousand people living here. Today, Siracusa is popular for its sights. 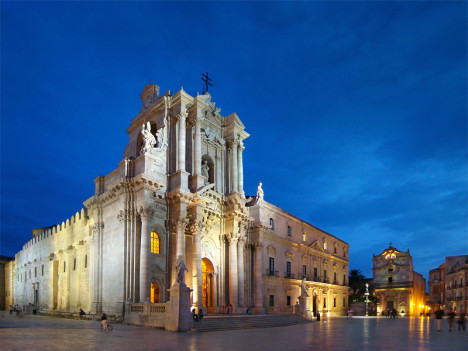 Old Town is situated on the island of Ortiga and is surrounded by walls, on which you can take a walk. In the mainland, there is a new city connected with island by two bridges. The walls are still protecting beautiful romantic narrow streets with many baroque monuments.

One of the most popular places is that of Piazza del Duomo. There is a magnificent Greek temple of the goddess Athena from the 5th century. Under the walls you can see the port. 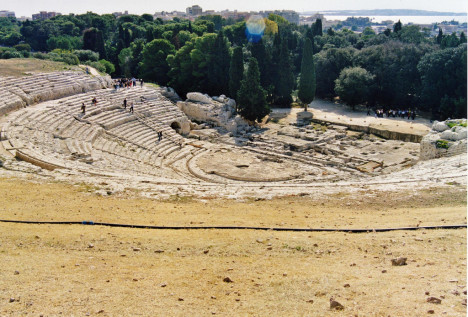 Famous is also the pilgrimage church of Santuario della Madonna delle Lacrime, which is 74m high and it is a domination of Siracusa. Most popular museum is the Museo Regionale Paolo Orsi Archeeologico, where you can see ancient artifacts from a wide area. Other attractions include Grotta dei Cordari (a grotto once used for making the rope) and Latomia del Paradiso (infamous quarry in which convicts and prisoners of war worked in ancient times). Siracusa will certainly not disappoint any lover of history.

The local ancient monuments have been added to UNESCO World Heritage List in 2005. Siracusa has now about 120 thousand inhabitants.