Since the last re-estimation in 1989, the official Geographic Centre of Europe is according to Jean-George Affholder, a scientist at the Institut Géographique National (French National Geographic Institute), in Lithuania, 26 kilometres north of the capital city, Vilnius, near the village of Purnuškės (Bernotai). 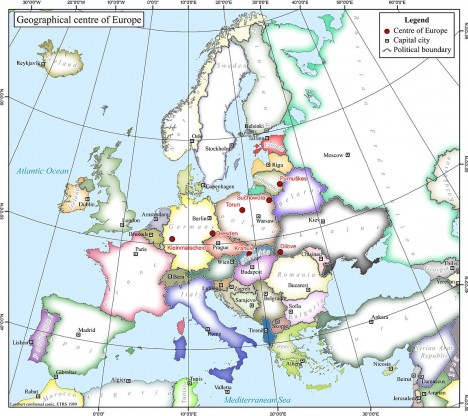 Centre of Europe by Palmerop at the English language Wikipedia

But there are more different locations that are still fighting for being the midpoint of Europe: