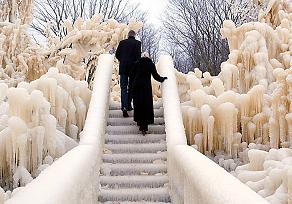 Valaste Waterfall is the highest waterfall in Estonia, located on Valaste stream near the Baltic coast. Waterfall Valaste is 30.5m high since 1996, declared as a cultural heritage and national symbol of Estonia. Valaste Waterfall is a popular tourist destination in the summer but also in winter, when nature creates the ice kingdom. Stairs and a tunnel lead to the prospect of the ice-covered furniture. Valaste Waterfall is easily accessible from the road, where you can park a car.

There is a viewing platform opposite the waterfall, which offers spectacular views of the falls.