Portofino – one of the most romantic town in Italy

In the northwest of Italy, near Genoa, you find one of the most romantic ports of the Ligurian region. Portofino is a picturesque fishing village, which took the hearts of many Italians, but also famous celebrities from all over the world. Portofino became one of the most exclusive and expensive resorts in the country. It is more suitable for fishing or a romantic dinner on the coast rather than lounging on the beach. 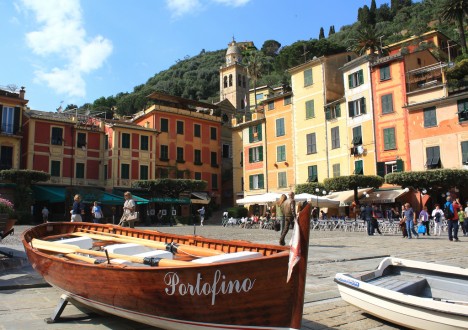 In the past, Portofino belonged to the Roman Empire and its name probably originated from the “Portus Delphini” because of the huge dolphins colony that lived here. A small town gained importance during the Middle Ages, when fishermen from the local port provided food for residents of the surrounding mountains.

Portofino is in a part of natural park – Parco Naturale Regionale di Portofino.

There are lots of great sport facilities near Portofino. You can try sailing or windsurfing. Surrounding cliffs created real diving paradise with a unique ecosystem. 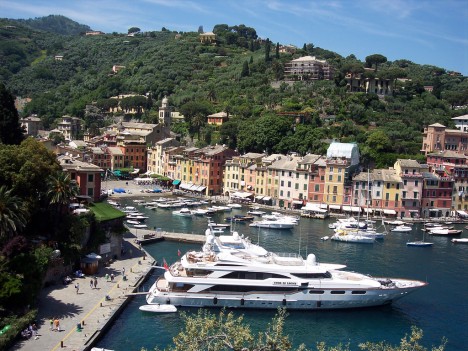 On the rocks above the sea level you can visit romantic St. George’s Church from 12th century, which ensures the protection of Portofino. From its tower there was a great view of the sea, which served as a good sea watch tower. On another hill, in a beautiful blooming garden, there is the Brown castle from the 16th century. Also this was originally a military structure, because of its strategic position, which also praised the Emperor Napoleon.