Matera – one of the oldest settled place in Italy

Matera is a town in southern Italy, 65km south-east from Bari. The town was founded by the Romans in the 3rd century BC. Matera reminds a poor peasant culture, which, since prehistoric times began to excavate the local famous cliff dwellings (Sassi). The cliff dwellings are so amazing that the city is on the UNESCO World Cultural Heritage. 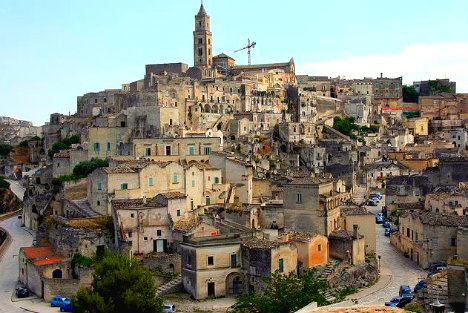 Photo licensed under the Creative Commons, created by Alessio Milan

Long after the World War II, people still lived in these “cave homes” and often lived in one room with the pet. Until the late 1980s this was considered an area of poverty, as these houses were, mostly unlivable. Local administration has become more tourism-oriented, and has promoted the re-generation of the Sassi with the aid of the European Union, the government, UNESCO, and Hollywood. Today there are many thriving businesses, pubs, and hotels.

Photo licensed under the Creative Commons, created by giuseppe portale

You can park the car near the center of the city completely free of charge. Throughout the city you can see several hiking trails, together with several maps with marked trails. However, it is not difficult at all to get lost in the winding streets.

Do not miss Matera Cathedral at the Piazza dei Duomo, from where you can enjoy a beautiful view. Similar views of the city are also at several other places in the city.