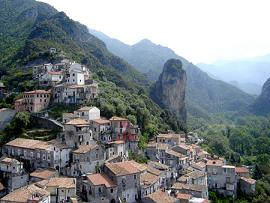 Throughout the Pollino National Park flow more than 10 rivers. The highest mountain of the park is the mountain Serra Dolcedorme, which reaches an altitude of 2267m. Other peaks are Monte Pollino (2248 m), Serra del Prete (2181 m), Serra delle Ciavole (2127 m) or Serra di Crispo (2053 m).

The park include also four nature reserves and rocky complexes, such as Pietra Campauara and Tavola dei Briganti.

Pollino National Park as a whole is one of the most beautiful sceneries in southern Italy. There is a rich plant and animal diversity.

For hiking and cycling you can use lots of marked trails.