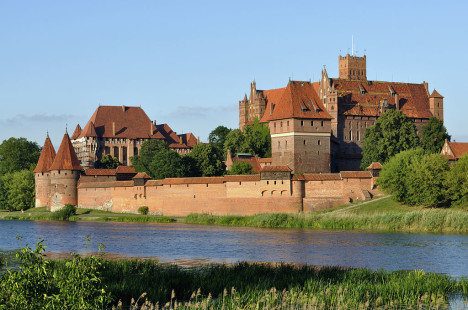 Between 1309-1457, the Malbork Castle was the seat of Grand Master. During the thirteen-year war (1454 – 1466) – known also as the War of the Cities, the castle was bought by the Casimir IV Jagiellon (Grand Duke of Lithuania from 1440, and King of Poland from 1447 – until his death). Since then until 1772 the castle became one of the residences of Polish kings. Later on, during the wars with Sweden, Napoleonic wars and Poland splitting, the castle was damaged.

Reconstruction works began in 1817 and were completed in 1923. After that, during the World War II, the Castle of the Teutonic Order in Malbork was occupied by the Nazis and during the fighting with the Red Army the half of the castle was destroyed.

After the war, the reconstructions started again, but have not been finished yet. Since 1997, the Castle of the Teutonic Order in Malbork and its museum are included in UNESCO World Heritage List.