Aukštaitija National Park is the oldest and most popular Lithuanian natural treasure. It is spread on an area of ​​400 km2 and offers untouched paradise full of deep green forests and blue lakes, which create extraordinary charm to this country.

Aukštaitija National Park has been established in 1974, in the eastern side of the country, where are located the most attractive sceneries of the Baltic States. Aukštaitija National Park is situated at an altitude of about 150 meters and was previously created by the glacier. About 70% of the park is covered with pines, firs and deciduous forests that are home to moose, deer and boar. 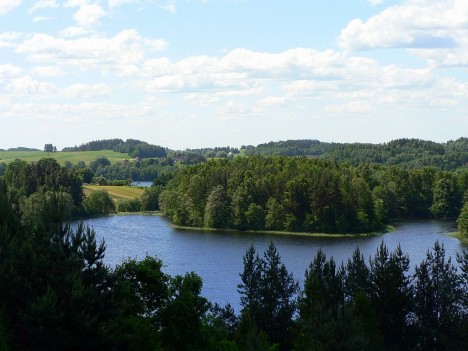 As the most beautiful section of the park is considered Aukštaitija, which in Lithuanian means “highland”. Right here you can find 126 lakes, of which the deepest one is 60,5 meters deep and is located on the northern edge of the park. You can enjoy the best view of the lake from the tops of the surrounding hills, that reach a maximum height of 200 meters above sea level. One of them is Ledakalnis where you can get by following the marked path. From there you can see six or seven local lakes. One of the most beautiful lakes in Aukštaitija National Park is Baluosas lake that covers an area of 442 hectares and is entirely surrounded by woods. The lake is attractive because it surrounds seven islands, and in one of the island, the new additional lake has been created.

Aukštaitija National Park became a home to 194 kinds of birds and 60 kinds of other animals, including rare rock and sea eagles. Some parts of the national park are closed for tourists, or can be visited only with a guide. These include Trainiskis reservation with Baltys and Gruodiskes lakes or Ažvinčiai forest that is home to lots of 150-200 year-old pine trees. 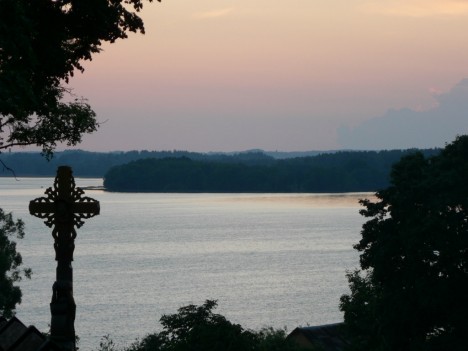 The area with lakes is very popular for tourists especially those who love canoeing and camping, but also for the hikers who will find numerous marked trails here. In some areas of the park it is allowed to collect mushrooms and berries.

Aukštaitija National Park contains a hundred villages, some of which date back to the 18th century. Five of them – Šuminai, Salos II, Vaišnoriškes, Varniškés II and Strazdai were even declared as protected ethnographic centres. Ginučiai Village boasts a watermill from the 19th century, and the village Stripeikiai has a Museum of ancient bee-keeping. The park has several ancient piliakalnis (fortification mounds), such as Taurapilio on the southern shore of Lake Tauragnas. 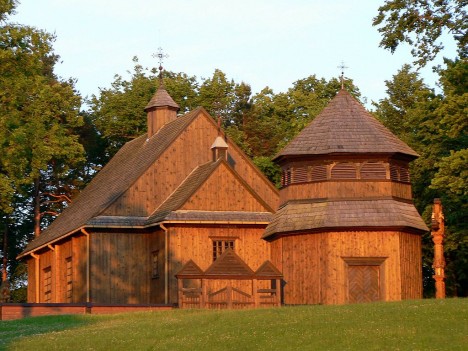 The great attractions of the park also include wooden churches and bell tower from 1750 that you can even find on 1 LTL bills. Another interesting part of the park is the path lined with wooden statues and leads around the lake Lusiai, which is a typical example of popular folklore.