The city of Tours – former capital of France

In the valley of Loire river, not far from the famous castles, you can find a big thriving city of Tours. It offers lots of museums, shops, restaurants and beautifully remodelled old buildings. During the reign of Louis XI (3 July 1423 – 30 August 1483) it was even the capital of France. Today it is the most charming city on the Loire river featuring a great French atmosphere. 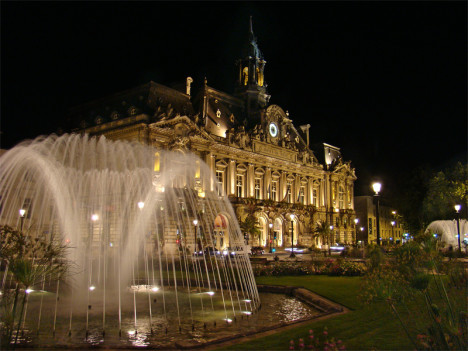 City of Tours was established during The Hundred Years’ War, between the years of 1337 and 1453. At that time, the three smaller cities were merged into one and such created the present Tours. Already in Gallic-Roman period Tours was an important city and in the Middle Ages it became rich. It gained fame mainly due to the famous tomb of the bishop of St. Martin, who is now buried in the crypt of the new basilica. The city flourished during the Renaissance as well, at that time, thanks to the silks, jewellery and weapons. But after that the city became to fall followed by several centuries of decline, which was completed by the devastation of the World War II, during which the city of Tours became a temporary capital of France (10–13 June 1940). At that time the city suffered great losses and only a few relics remained standing undamaged. However, those sights still show the original shine and glance, which had the city at the peak of its fame during the 15th and 16th centuries.

Best part of the city of Tours is its quarter of Saint-Julien spread along the river. It is full of trendy restaurants and antique shops. It is good to start your tour at the busy quarter of Place Plumereau, which is lined with cafes and restored half-timbered buildings. Nearby is the Hotel Gouin – a Renaissance building that now houses the Musée de l’Hôtel de Gouin, which exhibits art and archaeological collections. 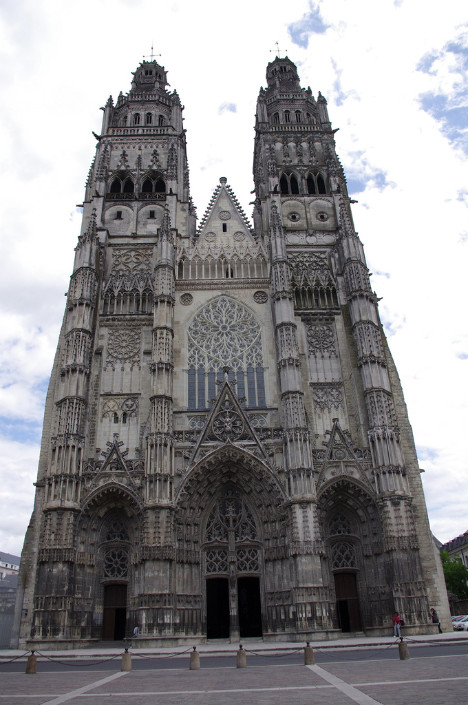 Through the Pont Wilson from 1978, which is a true copy of the original stone bridge of 18th century, you can get to the former Abbey of Saint-Julien. The facility now serves to the wine museum – Musee des Vins de Touraine. Also charming is Musée du Compagnonmage located next to it. This museum is dedicated to the history of craft guilds and trade.

Recently renovated Cathedral of St.-Gatien dominates the skyline of the city. The tower rises to a height of 87 meters, and overlooks the Old City. It was built in the period from 13th to 16th century and is an excellent example of the development of Gothic architecture. Its very complicated façade combines several architectural styles that were typical for the particular century at the time of its construction. The interior of the cathedral is built in the late Gothic style.

Tours is generally quiet and peaceful town but offers everything you can expect from your relaxing and truly French holidays.