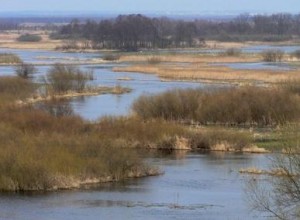 Biebrzański National Park is an attractive natural area and the largest national park in Poland. It lies on the north-eastern part of the country, near the village Osowiec-Twierdza. It stretches over an area of ​​approximately 592 km2. Typical for it is the unique nature and rich diversity of plant and animal species. Its name was gained from the river Biebrza, which flows through it.

Biebrzański National Park is very rich in the representation of different organisms. It is a paradise for all kinds of water birds. One of them, the Ruff, even got into the character of the park. You can meet here also a beaver or moose. There are also various mosses and lichens.

The northeastern boundary of the park is near the Belarus.

Biebrzański National Park was founded on 9th September 1993 as one of 23 Polish national parks. In 1995 it was added to the list of The Ramsar Convention (The Convention on Wetlands of International Importance, especially as Waterfowl Habitat). The most important part of the Park is Red Marsh, which is under strict protection.