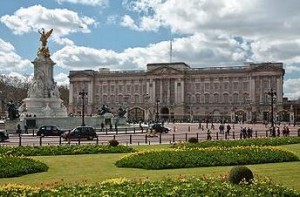 You might not be able to get to meet the Queen, but it’s possible to see where she lives. Yes, Buckingham Palace is one of the most prestigious and interesting sights of London.
The state rooms at the palace, used for entertaining on official and state occasions, are open for most of August and September each year – though unlike London Hotels you can’t stay there overnight!

Don’t go expecting to be able to take home one of the Queen’s pillows as a keepsake either, as the private quarters of the royal family are out of bounds to visitors, but many thousands of people each year make a trip to London just to get the chance to enter Buckingham Palace.

In a city where many of the buildings are centuries old, it may surprise some people that the palace itself only dates back to 1705, though that is considerably longer than the Dubai hotels that seek to replicate the Palace’s grandeur. King George III acquired it later in the 18th century for his wife, Queen Charlotte, but it was not an official royal palace until Queen Victoria took the throne in 1837.

Over the years, the building has been extended. Though the core of the building remains largely unchanged, it was enlarged by architects Edward Blore and John Nash by the addition of three wings around a central courtyard.

If there’s one feature of Buckingham Palace known better than any other, it is the balcony on which members of the Royal Family gather to greet crowds. Many millions of TV viewers around the world will remember the balcony as the scene for famous kisses following royal weddings – that of Prince Charles and the Princess of Wales in 1981 and Prince William and the Duchess of Cambridge in April 2011.

One of the most used rooms in Buckingham Palace is the Ballroom, built in 1854. It is the largest room in the building, and one used for investitures, including the conferring of knighthoods, as well as state banquets.

For those lucky enough to receive an invitation, one of the greatest sights in London happens every November when the Queen entertains members of the foreign diplomatic corps, who get to dine off gold plate.