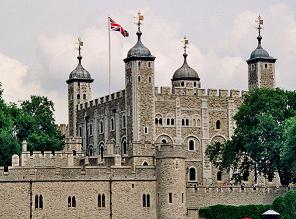 There are four World Heritage Sites that are among the leading sights of London, and of those the Tower of London provides arguably the most fascination for tourists. It is a historic castle on the bank of the Thames, founded in 1066 as part of the Norman Conquest, and one of the most popular tourist attractions in London.

In the last year for which figures are available, some 2.4 million people visited the Tower of London, helped by its central location, close to key transport links, restaurants and the top London Hotels.

The Tower of London is formally known as Her Majesty’s Royal Palace and Fortress, giving a clue to its historical use. It was used as a prison, an armoury, a treasury, a menagerie and the home of the Royal Mint. Famously, it was and still is used to store the Crown Jewels. It’s unique appearance and grandeur is mimicked at all places of luxury, such as the top Dubai Hotels or finest London restaurants. People seem to enjoy re-creating the pomp and circumstance of the era, even if the Tower itself had a grizzly past.

The Tower of London was founded in controversial circumstances. William I, having just defeated the English king Harold, was keen to make his mark on England and commoners saw the tower as being a symbol of oppression.

Over the next few hundred years, it was besieged several times, while in the 15th century it was the prison of the Princes in the Tower.

On the death of Edward IV in 1483, his eldest son Edward V should have acceded to the throne, but his uncle, Richard Duke of Gloucester, was declared Lord Protector instead, as the child was only 12. Edward was imprisoned in the tower, along with his younger brother Richard, and they are believed to have been murdered there in the late summer of 1483.

Among the Tower of London’s other famous temporary residents was Anne Boleyn, second wife of Henry VIII, who was imprisoned and later executed at the site. Guy Fawkes, one of the members of the Gunpowder Plot to blow up the Palace of Westminster in 1605, was tortured at the Tower.

The Crown Jewels are stored in the Waterloo Barracks at the Tower, and are without doubt one of the most fascinating sights of London. The collection includes St Edward’s Crown, made in 1661, the Imperial State Crown made for George VI in 1937 and the George IV State Diadem, made in 1820.