Koufonisia – the most popular islands in the Aegean Sea | Greece 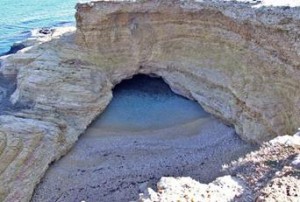 Koufonisia are three well known islands – Kato (Lower) Koufonisi, Pano (Upper) Koufonisi, and Keros – in the Aegean Sea belonging to Greece. They are an important historic part of the complex of Small East Cyclades and represent the most popular islands in the Aegean Sea. They are separated by 200 meters wide strait. The islands are fairly considered as “Jamaica of Europe” because they are full of fantastic beaches of fine and bright sand.

Koufonissia form one of the eleven island complexes of Cyclades islands.

The only inhabited island is mountainous Pano (Upper) Koufonisi. According to archaeological findings, the islands were inhabited since prehistoric times. Excavations have revealed significant findings of Cycladic culture. It was a Bronze Age civilization, which developed here in the years around 3000 and 2000 BC.

Later, it was merged with the Minoan civilization. In the historical development Koufonissia followed the way of the whole Cyclades. The islands were first attacked by the Venetians and later by Turks. The residents then joined the pirate rebels and sailors.

Pano (Upper) Koufonisi island covers an area of 5.7 square kilometres. The population of the island did not exceed 400. Their main livelihood is fishing and sheep farming. Buildings on the southwest coast of the island are typical examples of the remarkable architecture of Cyclades.

Kato (Lower) Koufonisi island is smaller one, covering the area of 4.4 square kilometres. There was a village before, but today only a few, especially fishing families stay here. On this island you can find small picturesque Virgin Mary’s church..

Keros island is uninhabited as well and covers an area of 10 square kilometres. The highest point of the island is in 432 metres.

On the islands you can stay in several quality hotels. The most luxurious is the Hotel Koufonissia (just 150 meters from the beach) or Christinas House.