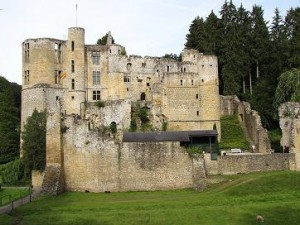 The former Roman village, now the town Beaufort, is situated in Luxembourg at an altitude of 409 meters above sea level. You can find here the ruins of Renaissance Castle Beaufort from the 17th century, which is situated in area of Luxembourg that is often referred to as a “Little Switzerland”. Furthermore, there is also neo-Gothic church ruins from the 12th century.

The first mention of the original village dates back to the 12th century. Most of the monuments in this city, as well as throughout Luxembourg, were bombed during the war.

The village is now a popular summer resort with a swimming pool, camping and a youth hostel. You can follow any of the numerous trails which lead you through the forests of the Mullerthal valley.