Tindari is a small coastal town situated on a rocky hill (Capo Tindari) and contains the remnants of an ancient Greek site Tyndaris from 396 BC. Thanks to its strategic location, the city could easily control and prevent the sea between the Aeolian islands and Messina until it was finally conquered by Carthaginians. 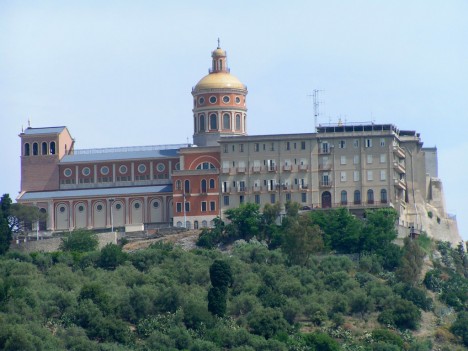 Later, the city was restored by Romans who built new buildings, schools, spas, theatre, markets and restored and remodelled the old building. The theatre, built by the Greeks, was remodelled and equipped at the request of its new audience. But then followed the period of decline, during which the part of the city was destroyed by the Arab raids in the 9th century.

Today there is still a Greek theatre, Roman houses, public spa and the remains of the fortifications. The museum shows statues of Hellenic and Greek and Roman ceramics.

Near the town there is the Sanctuary of the Black Madonna (Santuario della Madonna Nera). Black Madonna has been venerated since Byzantine times, and in the 60′s of 20th century her statue was placed here, which can be found in this sanctuary. 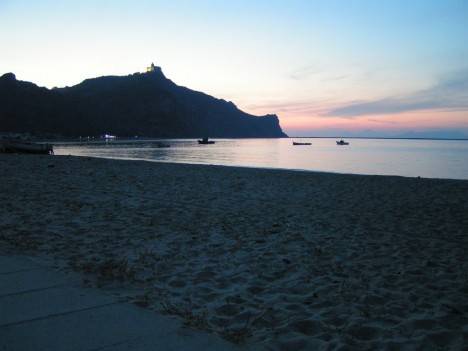 Beach in Oliveri with Tindari on the hill, Sicily, Italy / Photo by Claire for Europe Explored

The archaeological site – the remains of ancient town

The route that leads to the top of Capo Tindari, passing along the defensive walls built during the reign of Dionysus, which later was redesigned and replaced with double walls of stone blocks. In the southern part of the town there is a spa area, restaurants and stores, including the great aristocratic house with well-preserved mosaic. There are also some remains of buildings from which you can see the perfect elegance of the original site. The remains were identified as remnants of the basilica or the place where people meet for religious purposes, but its real function is unknown. In addition to this area is the theatre, built by the Greeks in the 4th century and was also a place of gladiatorial contests.

Under the archaeological site and the Sanctuary you can see a strip of sand, stretching 1.5 km into the Tyrrhenian Sea. It is in the shape of the tongue, the highest point is about 4 m above sea level. The plot creates a kind of lagoon and several small lakes, thus providing the ideal home for large numbers of plants and animals (now it is a nature reserve). The location is ideal for swimming or walking, but also an ideal place for watching the sunset. Here you can get from a village of Oliveri.

If you are driving a car, you can also visit the remains of Roman villas in Patti. 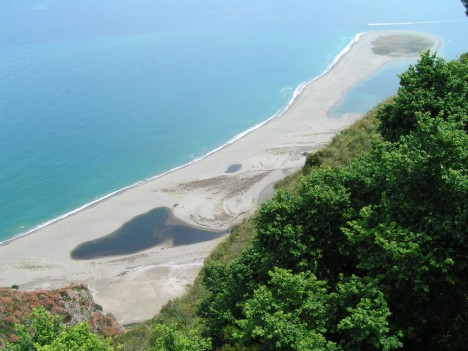