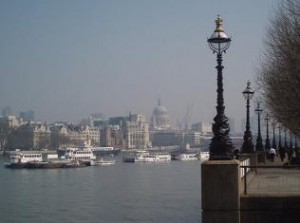 If you’re a first-time visitor to London, then be sure to include the South Bank on your itinerary. Everyone knows that the River Thames flows through the capital, but many people who come to London for a city break spend all their time north of the river. It’s true that almost all the city’s theatres are here, as well as a large proportion of the capital’s museums and art galleries.

And certainly, the capital’s transport links are far better north of the river – of London’s 270 stations on the underground network, only 27 are south of the Thames. But even with just 10 per cent of the network south of the river, you’ll be able to easily reach the South Bank from a number of stations including London Bridge, Southwark and Waterloo.

One of the joys of visiting any city is to walk around, sampling the atmosphere. But, despite the Congestion Charge having reduced the number of cars in central London, walking in much of the capital means breathing in plenty of exhaust fumes. No such problems on the South Bank, which is an outstanding pedestrian route along the river bank.

The South Bank stretches two square miles, from Lambeth in the west to Southwark. Along its stretch you’ll find plenty of cultural and entertainment possibilities, not least the Tate Modern art gallery which is free to visit. The Tate Modern was opened in 1999 in a building that was formerly a power station, and can be reached by visitors coming from St Paul’s Cathedral and crossing the pedestrian-only Millennium Bridge.

Further to the east than the gallery is Southwark Cathedral, the Clink prison museum, a replica of the famous ship the Golden Hinde and Shakespeare’s Globe theatre. Walking to the west from the gallery will take you past the London Eye, the National Film Museum, the Royal Festival Hall and the National Theatre.

Of course, there are a great many hotels in London, but if you want to stay on the South Bank then there are two options within the former County Hall building just north of Westminster Bridge – a budget Premier Inn and a five-star Marriott Hotel, Click here for more information.