The world-famous spa town of Karlovy Vary (known as Carlsbad in English) is situated about 120 km west of Prague near the German border. The uniqueness of Karlovy Vary is mainly in a spa treatment and the local mineral springs. But Spas is not the only asset of this city which is located in the heart of Europe. 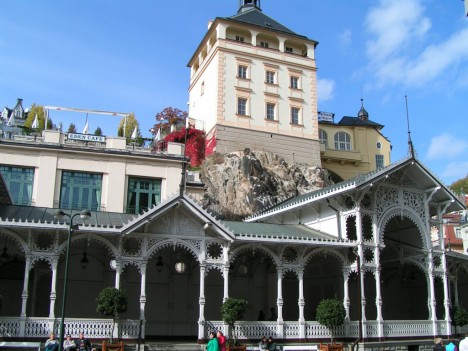 Karlovy Vary is also a city of festivals, conferences and seminars, meeting place of important people from the world of politics, science and culture. Since 1946, the year’s most prestigious film festival of the Czech Republic takes place here. It is the most important international film festival of category A in Central and Eastern Europe and the only film festival of category A in the Czech Republic. The atmosphere of the festival, which annually presents the latest films from all around the world, is supplemented by the unique location of the event.

The best of Karlovy Vary

The most famous concepts of Karlovy Vary certainly includes herbal liqueur Becherovka, Mattoni mineral water, Moser glass, spa wafers and Thun porcelain. Karlovy Vary is the biggest spa town in the Czech Republic and Elizabeth’s Spa (Alžbětiny lázně) is one of the largest spa facilities in the country. Spas in Karlovy Vary has more than 600-years old tradition, the spas were (and still are) visited by the guests from more than 80 countries. Mill Colonnade (Mlýnská kolonáda) is the best known and the most popular promenade. 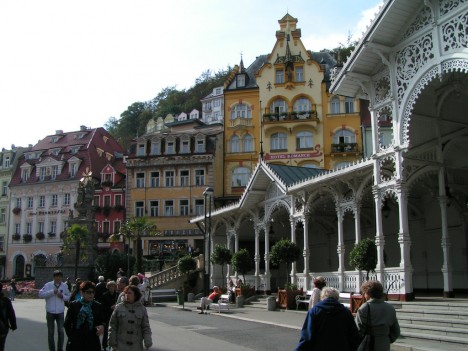 The best known source of natural healing is Carlsbad’s Hot Spring (karlovarské Vřídlo). Beautiful view of the city you can enjoy from the observation tower Diana, which serves since 1914 and offers amazing views of the whole town of Karlovy Vary and its surroundings. You can get there on foot, or by a cable car.

The history of spas

The spa town was founded in 1349 by Czech King and Roman Emperor Charles IV. The fame, the emergence and development of Carlsbad has been inseparably linked to the therapeutic effects of its warm mineral springs. Hot springs on the territory of today’s Karlovy Vary were used for healing long before the establishment of Karlovy Vary. However the first treatment was carried out at the end of the 14th century, when Charles IV. bathed his ill feet in one of the mineral water springs. 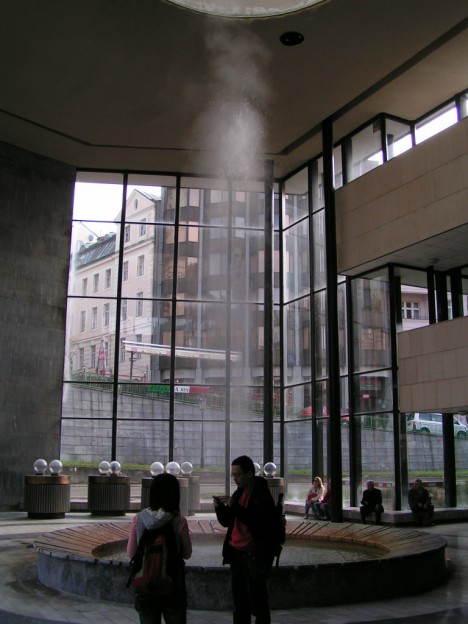 Spa enjoyed the favor of many noble families and wealthy burghers already in the 16th century. Due to a series of natural disasters from that time only a few buildings survived. Most devastating natural disaster was the Carlsbad Fire (1604), when only 3 houses were saved. The rest of the city was totally destroyed. Therefore the majority of architectural monuments are from the 18th and 19th century, when the city experienced a period of prosperity.

There are 13 mineral springs with temperatures ranging from 30 °C to 72 °C that are used for spa. The composition of mineral water is unique, as well as its unique beneficial effects on the human organism. It is used for drinking and bathing. Sources have virtually the same mineral content, differing only in temperature and the amount of carbon dioxide. The colder springs usually have a slightly laxative effect, warmer springs have a dampening effect, slowing down the bile and gastric juices.

One of the most beautiful architectural landmarks of Karlovy Vary is Elizabeth’s Spa, located in the Smetana Park. The spa was founded in 1906 and named after Empress Elizabeth – Sissi. Although it is located right in the heart of the city, the spas are an oasis of calm, which creates a park with a fountain.

Sights and attractions in Karlovy Vary

The most important religious monument in the city is definitely the Church of St. Mary Magdalene made by the famous architect Kilian Dientzenhofer. The baroque church was built on the site of the former Gothic church. During the tour, note the valuable altar painting. In the underground of the church there is a unique funeral chapel.

You cannot miss also another important building of the Orthodox Church of St. Peter and Paul from 1898. Its construction model was the church near Moscow. The rich decoration of the church was partially sponsored by wealthy Carlsbad patient of Russian origin. It includes relief of the Russian Tsar Peter the Great.

The town has also a sundial in the pavement at the Carlsbad’s Hot Spring, bearing the Latin sentences Carpe diem.

However you cannot enjoy Karlovy Vary without tasting a traditional herbal liqueur that is produced only here – visit Jan Becher Museum, located directly at the factory. Becherovka was first manufactured in 1807 by Jan Becher in his pharmacy. First, he sold it as stomach drops. The exact list of ingredients was as a family secret passed from father to son. Today, there are only two people who know the recipe for Becherovka. They are preparing a mixture of spices and herbs once a week.

Besides walks on colonnades and Main Street, you could also go to the pleasant forests, which surrounds the spa town. For walking tours, as well as bike trips you can follow 180 kilometers of roads, trails and paths, most of which are named after famous guests of Karlovy Vary.

For a good choice of hotels with discount prices, visit Place to stay in Karlovy Vary for more information.