Nemunas is the longest river in Lithuania with a length of 475 km in the territory of Lithuania. The wild and beautiful landscape of the delta is actually a cluster of marshy islands which are situated on an area of ​​30 thousand hectares. Since 1992, this territory is protected as Nemunas Delta Natural Park.

In the delta of this Lithuanian river lies the island of Rusnė, which is, with its area of ​​4800 hectares, the largest island in the country. Moreover, it is still increasing by 15 to 20cm annually. The island is a haven for 270 of the 325 Lithuanian bird species. Wetlands here are a paradise for ornithologists. The best place for bird watching is Naikupė, Uostadvaris or Rusnė. Among the millions of species of birds that flies over the island every year, you can see also rare species such as black stork, white-tailed eagle, Black-tailed Godwit etc. 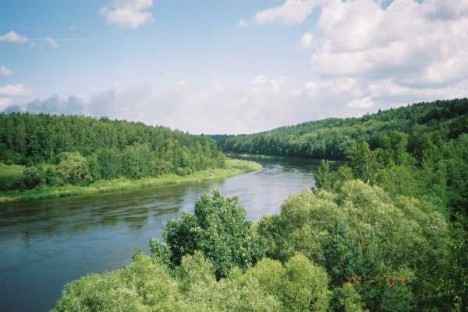 Rusnė Island is also a place of migratory water birds, as it lies on a major bird migration route – East Atlantic Flyway (birds flying from the Arctic through Europe to East Africa). Birds stop here to gain strength.

In Nemunas Delta Natural Park there is also an important ornithological station and museum. The first Ringing station was founded here already in 1929, but just in the years of 1959 – 1960, the large bird traps were installed here. In 1998 the station celebrated its interesting anniversary – ringed its millionth bird.

The information centers, located in Rusnė, Ventė and Šilutė, offer educational trips associated with bird watching and fishing. Another option is a boat trip with an English or German speaking guide, which guides you through the many waterways in the park. It is also possible to arrange accommodation in the farm or to arrange fishing permits.