Home » Nature » The beauty and mystery of Transylvania | Romania

The beauty and mystery of Transylvania | Romania 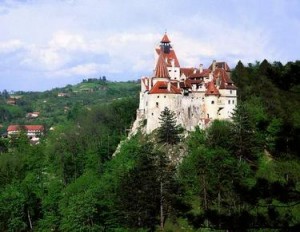 Interesting and popular tourist area of Transylvania haven’t become famous worldwide thanks to any historical monuments or natural beauty, but thanks to a well-known novel Dracula written by Bram Stoker. Perhaps everybody read this great book (including me) or at least see some movie about Dracula’s horrific acts, who inhabited his mysterious castle right here in Transylvania. But do not be fooled. Transylvania is not just vampires.

Transylvania is located in the heart of Romania. Originally it was an autonomous region, which was gradually included under the government of Hungary, the Ottoman Empire or Austro-Hungarian Empire. Fortunately much of its history and cultural heritage still preserved.

The city of Cluj-Napoca is considered as the capital city and cultural and industrial center. Here you can find the famous Orthodox cathedral. Several state and private universities have their headquarters here, including the largest university in Romania – Babes Bolyai University. There are lots of museums in Cluj-Napoca. You can visit the Museum of Art, Museum of Pharmacy and Transylvanian Ethnographic Museum with its impressive exterior exposures.

Another medieval city that attracts visitors to Transylvania is Sighisoara. Especially its part called Upper Town, which is even included on the UNESCO World Heritage Site. Its castle tower with astronomical clock, which now serves as a historical museum has even become a symbol and hallmark of the city. From a wooden walkway at the top of the tower you can enjoy a beautiful view of all the houses and roofs in the neighborhood, including the alleged birthplace of Count Dracula. Even Dracula, or Vlad Tepes, whose tyranny served as an inspiration to the famous theme of the novel, were not born here in fact.

Just in a short distance from Sighisoara, in the middle of the Rocky Mountains, you can find a popular ski resort of Poiana Brasov. But thanks to the spectacular peaks the resort worth visiting also during the summer months. Not far from it you can visit the famous “vampire” Bran Castle. Although here you can virtually meet with Dracula at each step, inside the majestic castle he is not even mentioned. The ruins of the “real” castle, inhabited by the dreaded Vlad Tepes, is located elsewhere, not far from here, but they are hardly accessible and would certainly not impress much more as more attractive Bran.

Romantic wooden churches in the northern part of Transylvania are other of the places that were included on the UNESCO World Heritage Site. The narrow, but tall buildings with turrets, complete the true face of the Romanian mountain landscape. It is surprising that this museum of rural life, which belongs to the greatest treasures of Romania is often omitted by many tourists on their trips around Transylvania.