Gordes – one of the most beautiful villages in France

On the hills of Provence, in the middle of the limestone mountains of Lubéron, you can find a picturesque French village of Gordes. It has quite a dramatic location on a rocky outcropping, which gives it an irresistible Provencal character. From Gordes you can also enjoy a wonderful view of the whole region. That’s one of the reasons why it is considered one of the most beautiful places in Provence. 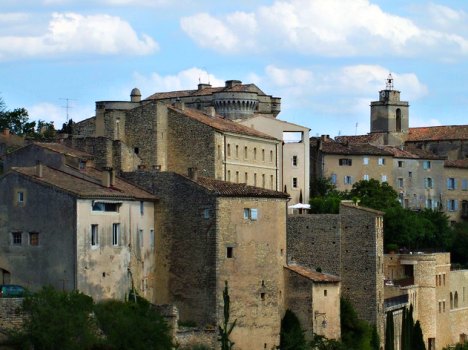 Photo licensed under the Creative Commons, created by Christine Jewell

The village is built around white rocky hills and has a terraced structure. This strategically advantageous location has been inhabited since prehistoric times. During the Roman occupation, Oppidum was built here and in the Middle Ages the local fort became a haven for people from far afield. The village has never been conquered, even during the bloody religious wars in the 16th century. The worst period for Gordes was the beginning of the 20th century, when many of its inhabitants moved to work out in industrial cities.

The village has been finally saved from decline thanks to the modern art. In 1938 Gordes has been discovered by André Lhote – a French sculptor and painter, who invited here well-known artists such as Marc Chagall, Victor Vasarely and other involved in contemporary art. All of them spent a lot of time here, however their quiet creative period was interrupted by war. In 1944 the village was invaded by German troops, who wanted to revenge for the attack of the French resistance, and thus they destroyed more than a half of the village with its monuments. One monk from the nearby Sénanque monastery tried to intervene against this destruction, but he was killed. 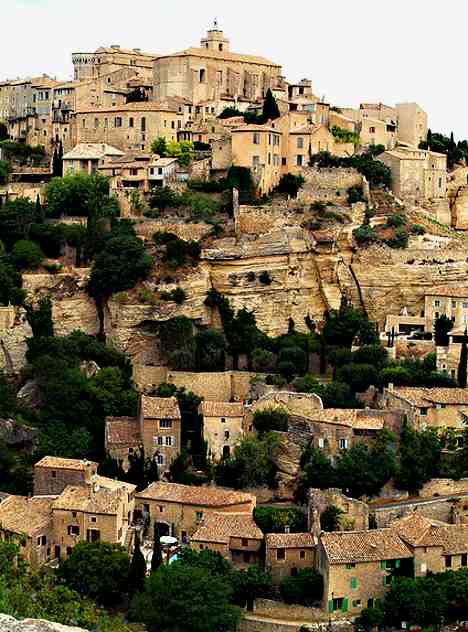 Photo licensed under the Creative Commons, created by Giovanni

Anyway the village managed to retain its ancient charm. Gordes is in fact a labyrinth of cobbled streets that are lined with beautiful houses. Many of them are souvenir shops, but also cafes and wine bars, where the more affluent tourists can enjoy the right muscat wine. All houses in the village were built of the traditional Provencal materials – stone and terracotta plate used on the roofs.

At the highest point of the village there is a Renaissance castle, which was built on the site of the original medieval fortress. From the outside of the castle you can explore beautiful Renaissance windows. In the past, the only access to this point was through very steep, almost vertical stairs carved into the rock. The castle now houses a museum of contemporary French art. If you want to see the beautiful Renaissance fireplace in the main hall, you must purchase a ticket to the Musée Pol Mara. Pol Mara was an important Flemish artist. 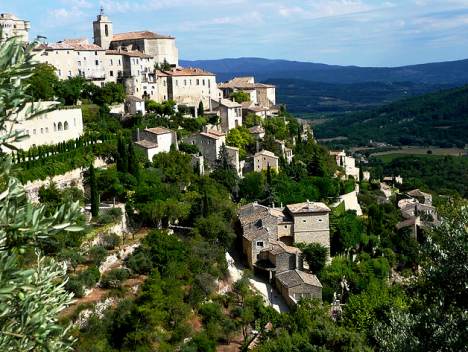 Photo licensed under the Creative Commons, created by Thierry

Not far away there is the Eglise Saint-Firmin Church from the 18th century. You can then proceed down the aisle Rue de l’Eglise, which will take you to the Rue du Belvédère – a lookout offering a spectacular view of the surroundings.

The beauty of this place attracted famous people, film directors, painters, musicians and of course the crowds of tourists. However in the main summer season it is better to avoid it. The roads are usually totally congested and it is almost impossible to get here. The best time for a visit is spring or autumn.

Near Gordes, you can visit Sénanque monastery, one of the three great Cistercian abbeys in Provence. It is well known for its Romanesque architecture and the cultivation of lavender.