Canal Grande – the most beautiful street in the world | Italy 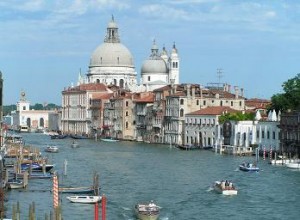 A major symbol and the main thoroughfare of the Italian Venice is certainly Canal Grande. The waterway, which is actually the former riverbed of the River Brenta, is almost 4 km long and passes through the ancient heart of the city. It is probably the most beautiful traffic artery in the world.

This meandering water channel is the deepest of all the channels and divides Venice into two parts. In some places it is up to 80 meters wide and there are just three bridges crossing it: the Ponte degli Scalzi, the Ponte di Rialto and the Ponte dell’Accademia. You can sail through this canal by a historical sailing regattas or water taxi but you may save a lot of money if you use a water bus lines, which are called a “vaporetto”.

During the boat tour through Canal Grande you can admire the beautiful Venetian palaces built in the Gothic, Baroque and Renaissance style. During the Venetian glory, many monumental churches were built among the palaces. If you go from Piazzale Roma or from the train station to San Marco, the first church you will see will be Chiesa degli Scalzi. It was built in 1656 by Baldassare Longhenem. The same architect built the church of Santa Maria della Salute and several prestigious palaces around the Grand Canal.

Just a few steps away you can see the church of San Geremia, with the relics of St. Lucy, martyr of the 4th century. On the opposite bank rises Fondaco dei Turchi, where Turkish buyers centre was situated in the years 1621 – 1838. Now it houses the Venice Museum of Natural History. Neighbouring simple building Deposit del Megi dates from the 15th century and served as the emergency breadbasket, in case there would be famine or siege.

One of the most beautiful palaces in the Canal Grande is the Palazzo Vendramin-Callergi designed by an Italian architect of the early-Renaissance Mauro Codussi. Today it houses a casino. Two additional magnificent palaces standing nearby, Ca’Pesaro, which houses a museum of modern art and Ca’d'Oro, which today serves as a space for a museum of medieval art. At the opposite side you can see the neo-Gothic Pescheria, fish market, which together with the contours of the Ponte di Rialto bridge marks the entrance to the ancient heart of Venice.

After the bridge you can see Palazzo Loredan and Palazzo Farsetti, where is now Venice city hall. In the past, the palace was occupied by Antonio Canova, the sculptor who was the representative of classicism. A little further you enjoy building Palazzo Benzon, which was inhabited by Countess Benzon in the 19th century. E.g. British poet Lord Byron belonged to the most important guests who often stayed here for the night. The poet lived a bit further in the palace of Mocenigo family for two years. He didn’t live here alone, but with a dog, wolf and monkey. Among his frequent guests was the Cogne Margherita, one of his many mistresses, who tried to kill him once he left her.

Further you can see another palace Ca’Rezzonico where is now a public museum dedicated to 18th century Venice. When you pass the bridge Ponte dell’Accademia you will see Palazzo Barbaro from 15th century, which was bought in 1885 by the Curtis family from Boston (USA). Just opposite the palace there is Palazzo Barbarigo distinguished by its mosaics of Murano glass applied in 1886. The palace is owned by the proprietors of one of the glass factories.

Another interesting building on the banks of the Canal Grande is Palazzo Venier dei Leoni that has never been completed. In its immediate vicinity there is Palazzo Dario, considered as one of the most beautiful palaces lining the waterway. However despite its beauty, none of the locals would not want to have it as it is considered to be cursed.

Another great building that is owned by a glass company is Palazzo Salviati with a mosaic facade. Further you can see the Church of Santa Maria del Giglio and Palazzo Gritti which is known as one of the best Venetian hotels. The hotel is located just beside Basilica di Santa Maria della Salute which is one of the most impressive buildings in Venice and a place where history meets the present. This is an unusual scene for organizing summer concerts, literary readings and other activities. Just a few meters further, you will enjoy the look at the Doge’s Palace and Piazza San Marco.

Do you know any other street that is so amazing? Please let us know by commenting below.