Make the most of year-round sunshine in the Canaries 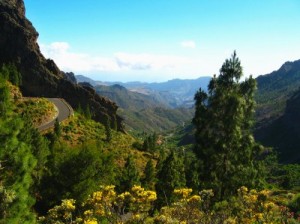 The summer is almost over now, so it’s time to start planning holidays for later on in the year.

If you’re on the hunt for somewhere which offers plenty of year-round sunshine, top of your European wish-list should definitely be the Canary Islands.

While they’re owned by Spain, making them part of the European Union, the Canaries are located just off the north-west coast of Africa, which explains the great weather they experience.

Sun, sea and sand are what you’ll get if you head to the island group, which comprises Tenerife, Lanzarote and Gran Canaria, among other destinations.

Whether you’re into lazing around on a beach – perhaps after spending the night in a tent under the stars, or snorkelling along the shoreline, there’s something on offer to you in the Canaries.

For the adventurous types, Tenerife may well appeal as it boasts Spain’s biggest mountain – Mount Teide – which you can ascend through the Canadas del Teide National Park.

En route, you’ll pass the Chinyero volcano, which last erupted in 1909, and you’ll be able to check out some stunning views once you reach the mountain’s summit. Perhaps you might want to consider pitching up tents to watch the sunrise in the distance from the peak the next morning.

More than 12 million tourists head to the Canaries each year, so they’re clearly an extremely popular location. And this is with good reason since they have the weather, beaches and natural attractions to boot.

Average sunshine hours vary throughout the year, but even in the British winter, the Canaries see temperatures of around 17 to 18 degrees C, making for a balmy springtime climate.

If you’re a fan of exploring marine life on your holiday, you’re bound to fall in love with everything on offer on the island group.

The waters boast everything from loggerhead sea turtles to sharks and stingrays, so you’ll see a whole host of different beings under the sea. If you head out on a boat trip there’s a chance you’ll encounter the common or bottlenose dolphin, or even a short-finned pilot whale on your travels.

Whatever you’re after from your holiday, the Canaries are bound to offer it to you, all the year round.