One of the most famous monuments on the European continent is also the French Palace of Versailles (Château de Versailles), which was built in the 17th century by King Louis XIII as a hunting lodge. Soon after that the entire French elite began to come here for the lavish hunting. A major reconstruction of the castle was done during the reign of his successor, Louis XIV, also known as the Sun King. He changed the palace to more luxurious one to become a great seat of the royal court. 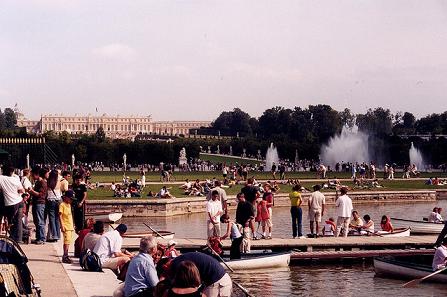 Photo licensed under the Creative Commons, created by David Baron

Palace of Versailles is also an important symbol of the Great French Revolution, when in 1789 the nobility was expelled from there to Paris, and executed by the guillotine.

Beautiful castle is admired mainly for its unique architecture and large surrounding gardens, which are really amazing. Many rulers in other European countries later attempted to imitate the construction of their residences just according to this French chateau; for example, Viennese palace Schönbrun.

During an excursion in the Château de Versailles you definitely do not miss the spectacular tour of the royal apartments and beautifully decorated chapel. The complex has really got a lot of rooms, wings and associated buildings, so if you want to see everything it takes you almost all day.

Very interesting is a unique Hall of Mirrors, but you should visit also the Museum of History, which shows you all the important events that are associated with this place. I have to say that they are terribly much.