Osborne House located on the Isle of Wight became secured by the longest-reigning British monarch – Queen Victoria in the 19th century. Already in her first visit she felt in love with this palace and decided to purchase it later together with her spouse, including the giant complex, which belonged to the palace. 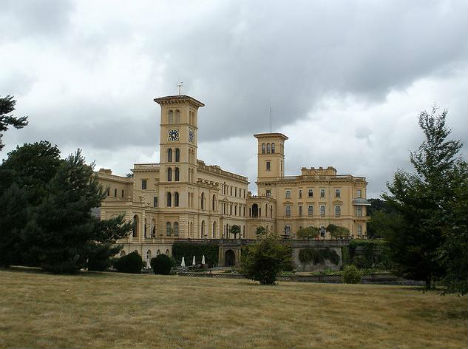 Photo licensed under the Creative Commons, created by Amanda Slater

The royal family had subsequently rebuilt it into their rural retreat with the area of an impressive 800 hectares. The seat is surrounded by vast plots of land with extensive gardens, parks, forests, but also reserves with animals. Today, there are various social events and tours for the public to fully excite the whole family. Children can play in one of many play-grounds, while parents certainly enjoy a beautiful pass through the interior and exterior of the luxury palace.

Osborne House is a good example of traditional British relations, which may seem a little too formal, but on the other hand, for many can be nice and slick.