Quite overshadowed by the fame of its larger “sister” Mallorca, is another Balearic Island – Menorca, lying only 40 km to the northeast. However it is equally beautiful island, rich in diverse landscapes, unspoiled nature and offering excellent recreational opportunities in coastal villages boasting a unique buildings and atmosphere. 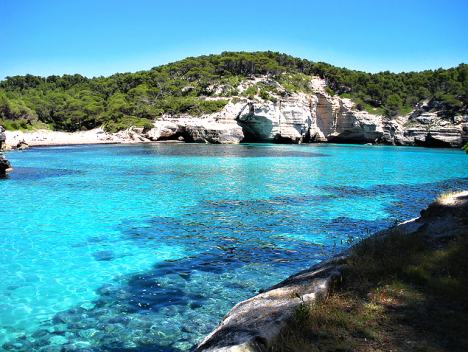 Photo licensed under the Creative Commons, created by hugos007

Menorca boasts several “Best”, it is not only the second largest and geologically the oldest island of the Balearic Island, but also the easternmost and northernmost situated island. Covers an area of ​​702 km2, which is a mere fifth of Mallorca. From west to east is approximately 50 kilometres long and from south to north just 17 kilometres wide. In the north of the island there is the wild and unspoilt area called Tramuntana. South of the island known as Migiorn is characterized by reddish soil plains with snow-white beaches and rocky cliffs. Inland of the island is full of fields, pastures and picturesque villages where the time has stopped years ago. They are a far away from a lively tourist centers on the coast. Inland also houses the island’s highest peak, Monte Toro which is soaring to an altitude of 358 meters.

Many visitors of Menorca, talk about it as a “green island”. The green color is really typical for the island, lush green vegetation surrounding you at every step. This is due to high humidity. There are trees that managed to adapt to the quality of soil and climate. These are mainly oak, pine and wild olive trees. Along the roads you can see prickly pear or cactus figs. In addition, there are about 250 kinds of medicinal aromatic herbs and rare Menorca’s flowers Socarell and Daphne. 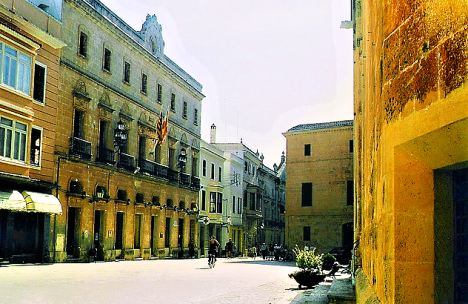 Photo licensed under the Creative Commons, created by Jaume Meneses

Green colour on Menorca is certainly the major, but not the only colour which the visitors encounter with here. The island is surrounded by azure waters of the Mediterranean Sea, warmed by the golden rays of the sun. There are red-brown rocks and along the coast you can see the villages with bright white houses.

Menorca has a rich history as well, in the past a number of nationalities have changed here, which left traces not only in architecture, gastronomy, nomenclature, but also in the style of life of local residents. So Menorca still retains its unique character and is quite different from the other Balearic islands. The Romans named it Balearis Menor, which means “small island”, which subsequently evolved the present name of Menorca. 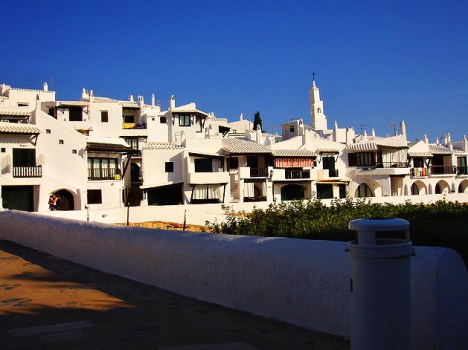 Photo licensed under the Creative Commons, created by Miguel Perez

Local residents are working hard to save the virgin nature on the island and preserve it for future generations. In 1991, almost half of the island has been declared a protected area, two years later has Menorca been even declared a World Biosphere Reserve by UNESCO. As a result is a good balance between man and nature. On the island there are 19 protected areas under the highest level of protection. These areas are home to many animal species like small mammals, reptiles, insects and birds.

The construction of the high hotels is not allowed here and all accommodation structures have to meet certain standards. Thanks to it they all fit nicely into the landscape and does not affect its character. Menorca offers 60,000 hotel beds, which is in comparison with other tourist destinations very few. The number of tourists who can visit the island is so limited and hoteliers, of course, use this situation and raise the prices. All services on Menorca are significantly more expensive than in mainland Spain.

Coast of Menorca is very rugged, about 200 kilometres long and is made up of picturesque beaches, which are separated by rocky cliffs. Very interesting are the rocky bays having the shape of the fjord, a typical example is the area of ​​Cales Coves. The longest and of course the most popular beach on the island is a sandy beach Son Bou, reaching a length of over two kilometers. But will certainly find the beach that suits your needs and thoughts.