Malaga is the capital of Costa del Sol and a cultural center of the whole Spanish part of Andalusia. It became known as the birthplace of Pablo Picasso, one of the greatest painters of the 20th century, which was also the founder of the avant-garde artistic movements of Cubism. On the numerous monuments of the city can be seen mingling of different cultures that used to change here. The major dominant of Malaga is the Roman fortress Alcazaba, to which was in the 8th century added the Gibralfaro castle. Together, these buildings create architecturally unique complex with 30 towers and 20 fortified gates. 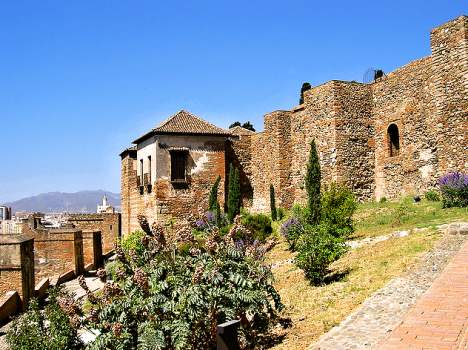 Photo licensed under the Creative Commons, created by manuelfloresv

Other historical treasures include local Malaga Cathedral of the first half of the 16th century, which combines several artistic styles. You can walk through Paseo Marítimo seaside promenade, but there are also several pedestrian zones criss-crossing the center. You certainly should not miss a tour of the Picasso Museum, housed in a Palacio de Buenavista palace. Establishment of this museum was made thanks to the wife and grandson of painter, Christine and Bernard Ruiz-Picasso, who donated a large portion of images. Currently you can see there more than 200 works, including the paintings, drawings, sculptures or engravings.

The museum was inaugurated March 27, 2003 with the participation of the Spanish royal family. Besides the permanent exhibition of works by Picasso are also temporary exhibitions.

Roman amphitheatre is one of the oldest monuments in Malaga. It is situated at the foot of the Alcazaba fortress. It dates from the 2nd century after Christ, from the reign of Emperor Augustus. It was discovered only in 1951, during completion of one of the gardens.