On the edge of a Roman Piazza del Popolo you can find a Renaissance church of Santa Maria del Popolo. The square and the church was named after the parish, which stood here in the Middle Ages. The interior of the church hides real treasures, therefore you should include also this church into your tour through the streets of Rome. 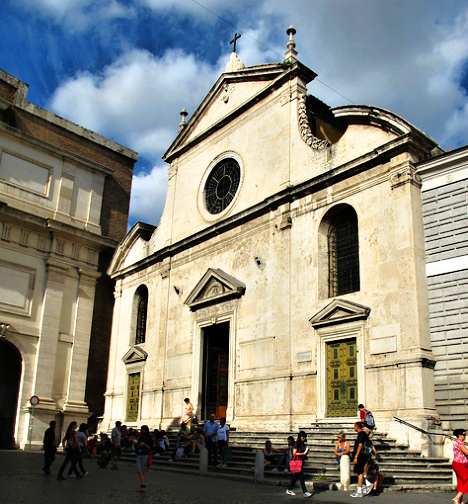 The church was founded in 1099 over the alleged tomb of Emperor Nero. This place was chosen in order to sanctify this place which was defiled by the pagan tyrant. For many years, allegedly haunted spirit of the emperor in the form of ravens.

Its recent appearance the church finally received during reconstruction works in the 16th and 17th century, which involved architects Bramante and Bernini. The church has elements from the Renaissance and Baroque periods. The interior is decorated with the works of prominent artists of this time – Caravaggio, Raphael and many others.

Inside there are chapels of many well-known families. The most precious treasure within the church is the Capella Chigi of 1513, which was ordered at Raphael by banker of Siena Agostino Chigi. Its interior is decorated by altar painting “Birth of the Virgin Mary” by Sebastian del Piombo, and sculptures by Bernini and Lorenzetti. 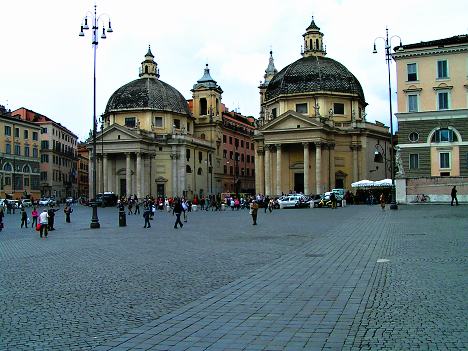 You can see also other masterpieces here such as paintings by Caravaggio, frescoes by Pinturicchio located behind the main altar or two tombs by Andrea da Sansovino in the presbytery.

In the church of Santa Maria del Popolo are hidden additional beautiful chapels, for example the Cappella della Rovere or Cappella Ceraso with the paintings by Caravaggio. Stained glass windows in the church are one of the oldest in Rome. 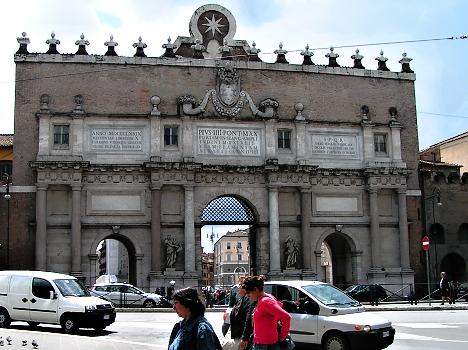 Piazza del Popolo was designed by Valadier at the beginning of the 9th century and today is considered one of the best urbanistic solutions in the city. In the middle of this great area is the second largest Roman obelisk, brought here by the emperor Augustus and placed at the local fountain. In addition to the church of Santa Maria del Popolo, there are two other churches at the square – Santa Maria di Montesanto and Santa Maria dei Miracoli. Another characteristic feature of this large square is the Porta del Popolo, which used to be the most important approach to Rome.