Szombathely – the oldest city in Hungary

Szombathely is a city located in the western part of Hungary, near the Hungarian-Austrian border. City with the original name of Savaria was founded in 43 AD and its residents enjoyed the same rights as Roman citizens. They profited from the Amber Road and such could build a beautiful city.

The oldest city of Hungary was known as Savaria – the capital of Pannonia. It has been an important city since the very beginning. There were built the imperial residences, public baths and amphitheater. From Roman times you can see the preserved Savaria Mithraeum shrine, which was discovered during the construction of a new shopping center in 2008. 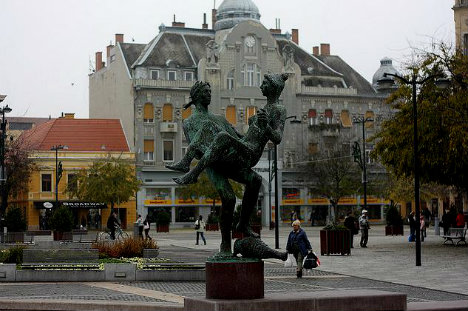 Photo licensed under the Creative Commons, created by János Tamás

In one area of ​​excavation (Romkert Templom tér) you can find the remains of the Forum, which belonged to a civilian city. There are also fragments of the largest mosaic of the Lieutenant-Governor’s Palace. Majority of the most important Roman monuments, including remains of Roman road signs, customs, shops and the medieval castle walls, can be seen in the so-called Garden of Ruins.

Once you are in Szombathely you should visit Savaria Museum, which takes care of the fortress foundations, findings from the Mercury Temple and public baths, and almost fifty metres long part of two thousand years old Amber Road. The cellar is full of Roman altars and blue glass vials found during excavations in Savaria. The first floor of the museum provides an overview of local history, including the collection dedicated to the Romanesque church of Jak.

Jak is the nearby small village boasting a Benedictine church, which is one of the finest examples of Hungarian Romanesque architecture. 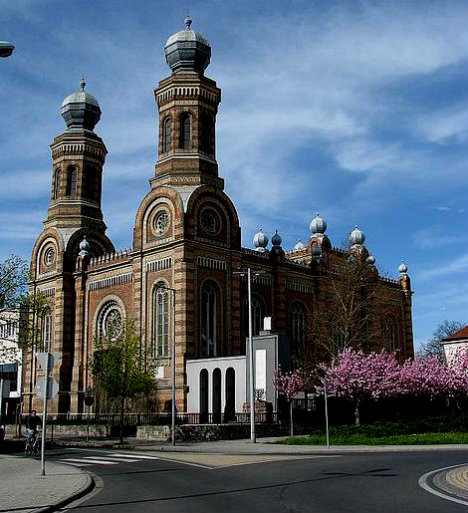 In Szombathely there is also a huge cathedral designed in 1791 by Melchior Hefele for Bishop János Szily. This Bishop’s double-towered cathedral was covered with stucco and frescoes by Franz Anton Maulbertsch and supported by large marble pillars. It is the largest Baroque church in Hungary. Its interior is decorated with frescoes, paintings and sculptures, which were, however, in 1945 seriously damaged during a bombing and are still restoring.

Those are just few of lots of sights you can see here. Szombathely is really worth a visit!

View Szombathely – the oldest city in Hungary in a larger map

« St. Albans – one of the most beautiful towns around London | United Kingdom
Nitra – the oldest city in Slovakia »