Château de Chenonceau – the second most visited castle in France

Château de Chenonceau is one of the most elegant castles in France. It is situated in the Loire valley, approximately 240 km southwest of Paris. It is popular among visitors for its magnificent architecture and beautiful surroundings. 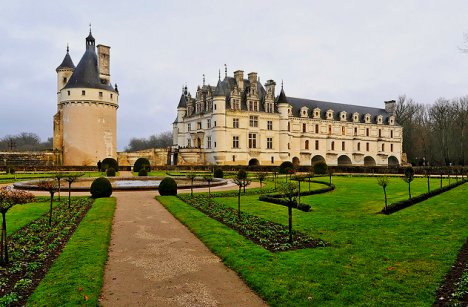 Château de Chenonceau, in comparison to the other castles of the Loire, has a very calm and majestic appearance. It may be surprising that the castle is the work of women (was built and reconstructed according to the wishes of several noble women), therefore the castle is also known as the “Château des Dames” (Castle of women). For example, Catherine de Medici added amazing yew maze and a rose garden. Madame Dupin changed the castle to ​​a center of fashion in the 18th century.

Château de Chenonceau is standing on the site of the former water mill. It has been built between the years of 1513 and 1521. The current form of the castle dates back to the 16th century. In the years of 1556 – 1559 its typical bridge arches were added to the castle and connected the banks of the river.

In the castle you can admire the beautiful tapestries, magnificent paintings and original tile floors. No wonder that after Versailles it is the second most visited castle in France. 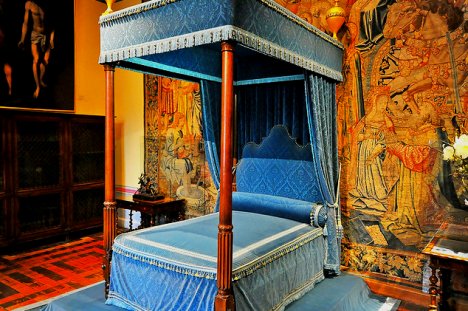 The castle is open to the public, and features the magnificent interiors and beautiful gardens. There are even restaurants and galleries. It is also home to various regular exhibitions and concerts. Before visiting the Château de Chenonceau you can download audio guide of the castle from the official website of Château de Chenonceau.