San Pietro in Vincoli (Saint Peter in Chains) is a three-aisled basilica located in Rome, Italy. It is supported by twenty ancient columns and was founded in 442. Over the centuries has undergone many reconstructions and modifications. The building itself would not be so interesting, but it houses magnificent statue of Moses made by famous Michelangelo. 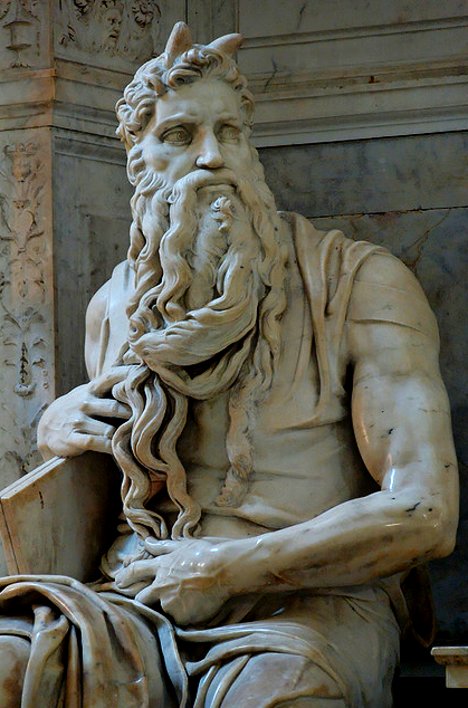 Photo licensed under the Creative Commons, created by Sebastian Bergmann

The church was built on the site, where according to legend, was St. Peter sentenced to death, 400 years before. At that time, the Emperor Nero, persecuted all Christians. The people started to build a church originally only as a place where they could store “Vincoli” – the chains that St. Peter was bound with in Jerusalem.

But much more attractive relics in the church is a monumental statue of Moses situated at the end of the right side of the aisle. Michelangelo was supposed to create a total of 42 sculptures for the tomb of Pope Claire II., but finally only one statue was completed. The pope gave Michelangelo also another work in the Sistine Chapel, so he didn’t have much time to complete his tomb. After his death, no one had an interest in wasting money for the celebration, so Michelangelo decided to create at least the first sculpture as a powerful and soulful figure of Moses. And this is how one of Michelangelo’s greatest masterpieces grew up.

Basilica San Pietro in Vincoli is located in the centre of Rome, just few steps from Colosseum. Walk up the hill towards the park and you are there. However this church is not in every city guide, you certainly should not miss this great piece of art. If you will be stressed from all those crowds, this is the best place you can relax.