Slovakia is known for its picturesque villages with traditional houses and folk architecture. One of those villages is so unique that it has even got on the UNESCO World Heritage List. 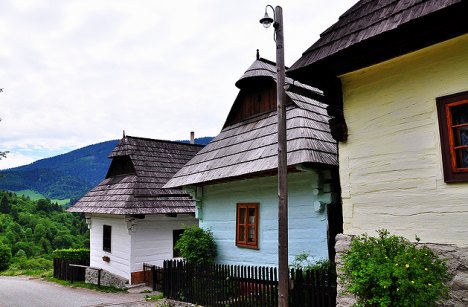 I am talking about Vlkolínec, which is now a part of the city of Ružomberok. It lies at an altitude of 718 m in Revúca Valley, south of the rocky mountain massif Sidorovo, also called Žiar (1099 m asl), which belongs to the mountains of Veľká Fatra.

Vlkolínec is in fact a reservation of folk architecture, a kind of outdoor museum of medieval village with wooden houses, that are typical for the mountain areas. This is the best preserved, most complete and most original collection of folk buildings in the Slovak Republic, spreading on an area of ​​797 hectares. 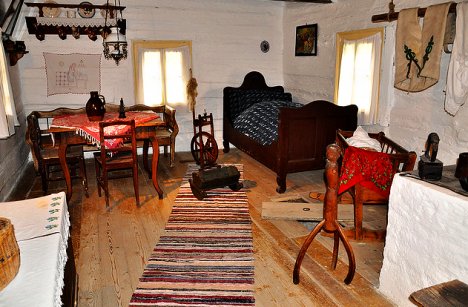 Archaeological findings confirm the existence of a fort on the hill Sidorovo already 2,500 years ago. The name of the village is supposedly derived from the ancient presence of wolves in the area (these animals can be still seen here). The first written mention of Vlkolínec dates from 1376, where is mentioned as one of the streets of Ružomberok. Originally, there were just a few houses, although the number of houses and population gradually increased. 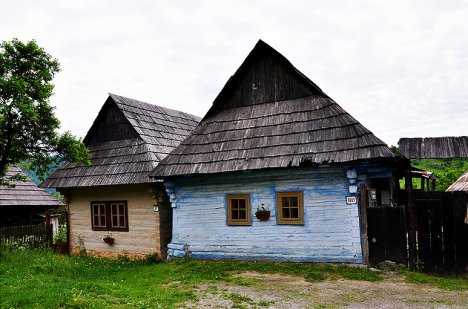 At present, there are 73 listed buildings, 55 residential houses. Of these, 18 are now permanently settled with 35 inhabitants. Owners of other houses are here just seasonally. Everything is built of wood, including a local landmark – a two-storey wooden belfry from 1770.

Interesting is also a timbered well from 1860, previously the only source of drinking water for the whole village. One of the few brick buildings is a local Classicist-Baroque Church from 1875. Also the local cemetery is worth a visit.

The whole complex is rare also due to the fact that it was not affected by any new constructions. Already in 1977 the village of Vlkolínec was declared the Reservation of Folk Architecture Monuments, and in 1993 inscribed on the UNESCO World Heritage List.