Cilento and Vallo di Diano National Park is a reservation that is full of contrasts and contradictions, as well as Italy itself. It is located in the southern part of Italy, in the region of Campania, south of the city of Salerno. It is a great example of untouched nature, but also European and African culture. Here you can forget about any boundaries and enjoy nature at its best. 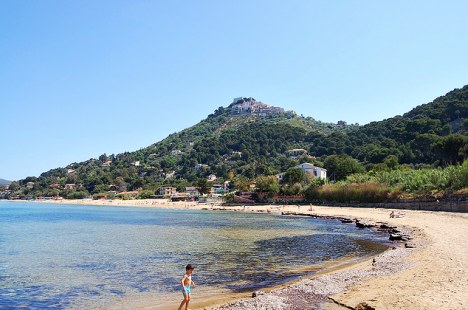 Photo licensed under the Creative Commons, created by giovanna.alborino

In these beautiful Italian coast you can spend a day or a week. It is only up to you how much you want to learn about this place. If you plan to do the trip to Cilento and Vallo di Diano National Park during your holidays in Italy, just get in the car and go. Probably the easiest way how you could get here, is flying to Napoli, then continue by bus or train. The park is located just 100km from Napoli. The park is easily accessible on foot, but do not forget to take the proper shoes with you.

Gateway to the National Park is an ancient town of Agropoli. Its historic centre, built at the top of a rock outcropping, dominates the whole surroundings. In the medieval town of Castellabate you can relax in one of the nice port restaurants with a view of the mountain and further medieval villages.

The diverse landscape and culture of Cilento and Vallo di Diano National Park remained almost unchanged until now. It is due to inaccessible mountains and uncomfortable roads, so the tourists could not get here. Thanks to this you can now see a national park in its original beauty. Coast is full of rocky cliffs and remote sandy beaches, dotted with medieval watchtowers, which are just proving the turbulent history. Massive rocks alternate with grassy plateaus, full of olive orchards and their grandeur will really amaze you. The area is also known as Dolomiti del Mezzogiorno (southern Italian Dolomites). 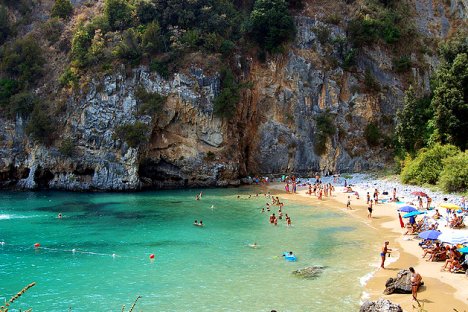 Photo licensed under the Creative Commons, created by giulio nepi

In Cilento and Vallo di Diano National Park you find kilometres of marked trails that take you through all the corners of the park. The dominant of the whole coast is a rocky cape Palinuro, a mythical place of Roman legends. The massif of the cape hides 35 different caves that you can visit with several diving centers. A few kilometres below you find the small town of Marina di Camerota, where you can enjoy Italian coffee with true Neapolitan cake, or you can go to the original Marina village, which lies high in the mountains. If you will still have some free time, you can go to the bay Infreschi or to the Gulf of Policastro.

Cilento and Vallo di Diano National Park has finally received a major award in 1998. It was declared a unique cultural monument and inscribed to the UNESCO World Heritage Site. This national park between the sea and earth, definitely worth visiting.