Akamas National Park is situated in the north-eastern part of the island of Cyprus. It covers an area of ​​230 km2 and excels in a wild natural beauty. Its name was given by Athenian warrior and son of Theseus, the hero of Trojan War – Acamas. 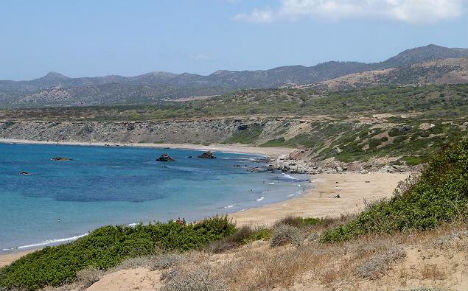 Photo licensed under the Creative Commons, created by Luca Sbardella

The whole peninsula is rocky, there are some impressive canyons, such as Androlikou and Petratis, both on the north side of the peninsula. There are many marked hiking trails and climbing routes here. It is worth to see also the water reservoir called Aphrodite’s Baths. According to Greek mythology this is the place where Aphrodite met Adonis.

Part of the peninsula is forested and include about 600 plant species, of which 35 are endemic. For example, you can see wild cyclamen, several species of orchids, the Cyprus tulip, rock roses and more. 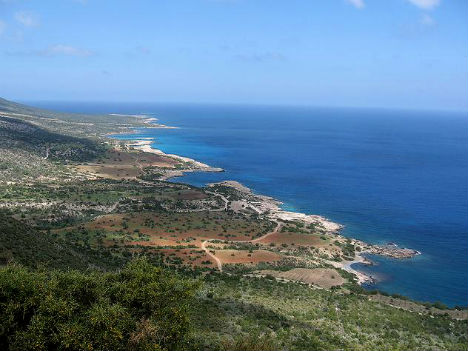 Photo licensed under the Creative Commons, created by sunrisehomeland

Probably the most beautiful walk on the island of Cyprus, you can enjoy by following Aphrodite Trail – 7.5 km long. Along the way, you can see the remains of a Byzantine monastery of Rigena. The trail leads to the top of Mouti tis Sotiras (370 m). Expect heat and the fact that water can be found only at Castle of Rigena, or when you follow another Adonis Trail, then in the village of Kefalovrysi.

Another trail is Pissouromouttis Trail which is 3km long or Smigiaes Trail with a length of 5km. On both of them you can enjoy magnificent views of the bay Hrysohou and Polis.

All the trails are carefully maintained, marked and accompanied by didactic signs.

If you are just planning your holidays in Cyprus, you should also include this great part of this island.