Winchester Cathedral is located in the city of Winchester, in England. It is considered to be one of the greatest churches in the world. It is also the most magnificent cathedral in the whole England without any doubt. The beauty of this cathedral is enhanced by the setting of the magnificent streets of Winchester. It is the city of delightful modest comprising of some of the beautiful narrow valleys and broad streets. These streets and valleys have been written with plenty of history on each corner of the city. The most magnificent part that gives more significance to this cathedral is that the city was the ancient heart of southern English countryside and was very important in the past. 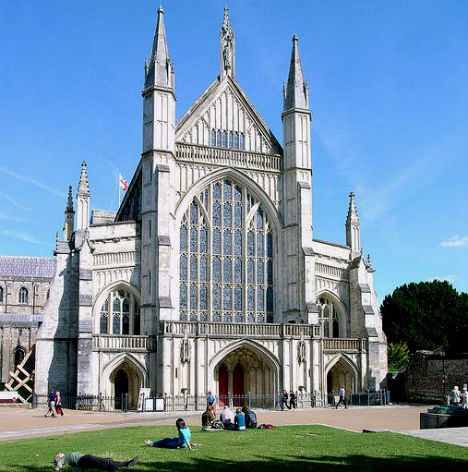 Photo licensed under the Creative Commons, created by Steve Cadman

The Winchester Cathedral is considered to be the worship place for Christians on the present cathedral for more than two millennia. According to the research on history of this church, the building was built on the same place already in AD 169, when Lucius, king of the Britons, was converted to Christianity. As per these evidences the Winchester Cathedral is measured to be far older cathedral than the Canterbury.