About 40 km from the northern coast of Sicily is a small inland town Scillato. It is situated directly next to the highway, after which you can get to the capital Palermo in the north or to the town of Enna in the south. Scillato is a good starting point for interesting trips to nearby sunken villages, where local people still keep their traditional customs and lifestyle and over the past few decades have not changed much. These picturesque villages can be reached by winding roads, so be careful when driving. 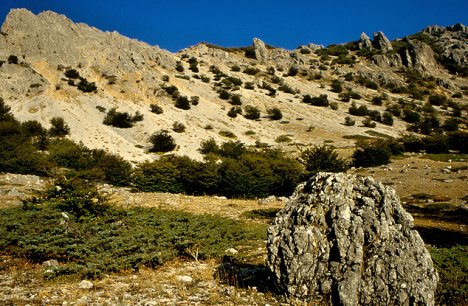 Photo licensed under the Creative Commons, created by Carlo Columba

Visitors of Scillato can admire the typical Sicilian Baglio house from the 19th century. Its owner is old aristocratic Sicilian family since its inception. It is surrounded by extensive parks full of rare trees and centuries-old trees. This house is nowadays used as a hostel for tourists and there is even a swimming pool with cloak-room. The house stands on the edge of a protected natural park, the Parco delle Madonie and is situated near a large golf course.

Do not look for the sea in Scillato (in fact, not all of the places in Sicily offers swimming in the sea), but if you have a car, you can go to the beach town of Cefalu, which is located approximately 40 km away. Cefalu preserved its picturesque and medieval atmosphere. Above the town rises interesting reef La Rocca resembling a fortress, which was once overlooked by the temple of Diana. Cefalu’s dominant is the cathedral of 1131, which was originally a royal tomb, and the main temple of the kingdom of Sicily. The coast is lined with some beautiful sandy beaches.