Less than 50 kilometres north of Madrid lies the magnificent royal residence of El Escorial, which belongs to one of the most popular and visited attractions in Spain. About half a million visitors come here every year to admire this wonder of world architecture. 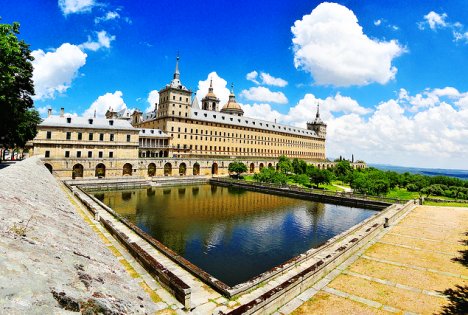 San Lorenzo de El Escorial, as is its full name, is situated at an altitude of 1028 meters above sea level. It lies at the foot of the Sierra de Guadarrama, where the stone has been mined and used for its construction, which started in 1563 by order of King Philip II of Spain. This pious monarch decided to commemorate his victory over French troops by founding of the Augustinian monastery, part of which would become the royal residence. The monastery should also serve as a center of education and final resting place of the Spanish aristocracy. And so, over the next 21 years, grew up into a large unique complex in the area of ​​207×161 meters. Two prominent Spanish architects were working on its construction – Juan Bautista de Toledo, who created the plans and Juan de Herrera, who completed a building in 1584.

San Lorenzo de El Escorial features a rich interior decoration, which was assigned to the hands of the greatest artists of that time. Therfore we can admire the beautiful works of Tiziano Vecelli, El Greco or Diego Rodríguez de Silva y Velázquez. In El Escorial you can also find about one and a half thousand of preserved rare paintings and about five hundred frescos that adorn the ceilings of most of the interior. In 1984, San Lorenzo de El Escorial was just for its unique decoration included on the UNESCO World Heritage List. 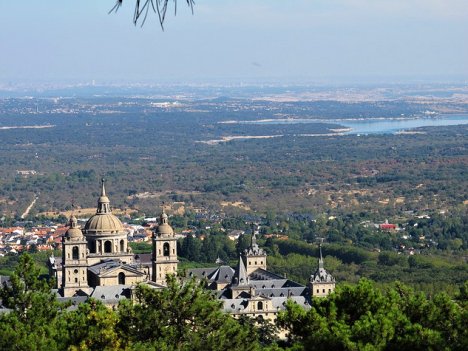 In the former times was El Escorial a symbol of secular and religious power of the king and its monumentality is amazing until today. The whole complex is crossed with 24 kilometres of tunnels, which connect individual rooms and buildings. Right in the center is a beautiful basilica, which is a main dominant of El Escorial. In its vicinity is situated Augustinian monastery with three hundred monastic cells and the Panteon de los Reyes, where are the remains of eleven Spanish kings and their wives, starting with Charles V, a father of Philip II. Do not miss a visit to the historical library, which is considered to be the most valuable in the world. Holds almost 45 thousand volumes from the 15th and 16th century and more than five thousand valuable manuscripts in Arabic, Latin and Spanish.

From Madrid to San Lorenzo de El Escorial is the most convenient to travel by bus (line 661 or 664) or by train from the main railway station Atocha and then continue on foot for approximately 20 minutes. The way takes less than one hour in both cases. El Escorial is open every day from 10′o clock except for Mondays. Be prepared for numerous groups of tourists that come here especially in the summer and on weekends.