It’s a little unfair to list climbing highlights in Europe, as other equally great destinations will be left out, but here is just a sample of the best places that you can climb in the Europe. However this time we are going slightly beyond the boundaries of EU. 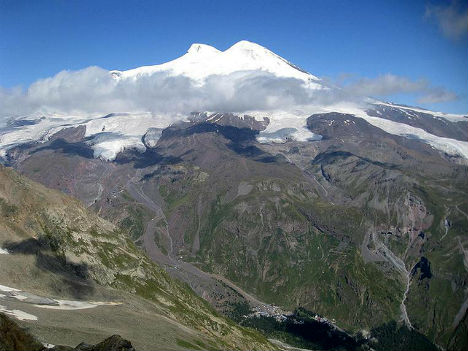 Photo licensed under the Creative Commons, created by Jason Blue-Smith

Mount Elbrus (5,642 m) is in the Caucasus Mountains in Russia. It’s the highest mountain in Europe, and has more than one summit. For less experienced climbers there’s the advantage of lift and cable chairs that take you up to 3800 metres. If you’ve got reasonable climbing skills you can climb from here, but if not, you can do a walking tour from the top of the lift run. You can easily find accommodation in hotels and lodges in the local area. 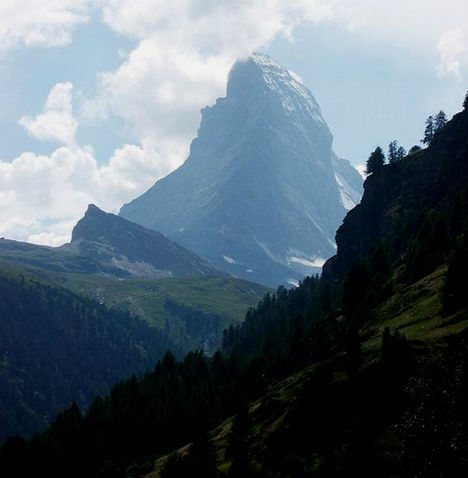 Photo licensed under the Creative Commons, created by Martin F

At the borders between Switzerland and Italy, you can put on your climbing shoes to climb one of the most famous mountains in Europe – the Matterhorn (4,478 m). It stands out in the landscape like a giant rock pyramid and is considered by many to be the birthplaces of mountaineering. As such, it’s on most climbers’ must-climb lists. 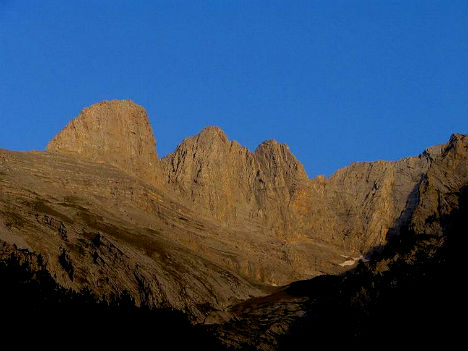 Photo licensed under the Creative Commons, created by stefg74

In Greece, the home of the ancient Greek gods – Mount Olympus – is also a famous climbing spot. To get to the highest peak of Mytikas (2918 metres) takes two days’ climbing. Many people climb up in one day and rest overnight in their tents before descending the next day. It’s not a place for solitude though – it’s a very popular place to climb. 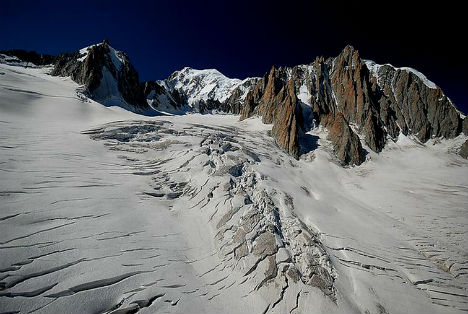 Photo licensed under the Creative Commons, created by Vasile Cotovanu

Mont Blanc is found on the border of Italy and France. The closest towns are Chamonix in France and Courmayeur in Italy. It’s the second highest mountain in Europe, with a summit of 4,810.45 metres. Although it’s not the highest mountain, it’s probably the most challenging climbing spot in Europe. Even though a cable car takes you up to 1000m below the summit, the last 1000 metres is a real challenge. You’ll need high levels of fitness and will have to acclimatise to the altitude before completing the ascent.

Even people who go equipped with all the right rock climbing equipment can get into difficulty on Mont Blanc and the mountain rescue helicopter service is kept busy all summer recovering stranded climbers.

Photo licensed under the Creative Commons, created by Thierry Gregorius

The highest peak in the UK is Ben Nevis. The Scottish mountain’s summit is 1,344 metres and it’s reached by thousands of climbers every year. It needs good fitness levels and climbing ability to attempt the day’s climb.

View Climbing highlights of Europe in a larger map