When you are going to Romania, in its part called Transylvania you can find a city of Hunedoara. This small, but nasty and dirty city would not be worth attention, if it would not boast one of the most enchanting Gothic castles in Europe – Huniad Castle, known also as Corvin Castle. The castle is surrounded by the steep ravines and deep moat. Therefore you have to pass through the narrow, long bridge when visiting it. 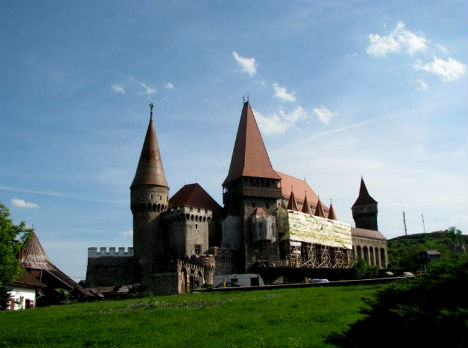 Photo licensed under the Creative Commons, created by ocegep

The building is really monumental, and if you are disappointed by haunted Dracula’s castle Bran, be sure to set off in Hunedoara.

Fortress was founded here in the 13th century and up to 17th century was reconstructed and modified. At first in the 14th century by its owner, a general and Regent-Governor of the Kingdom of Hungary – John Hunyadi, and later in the 15th century by his son, Matthias Corvinus. Further alterations were no such significant. Inside the castle is a museum where you can find more information about the history of the castle. 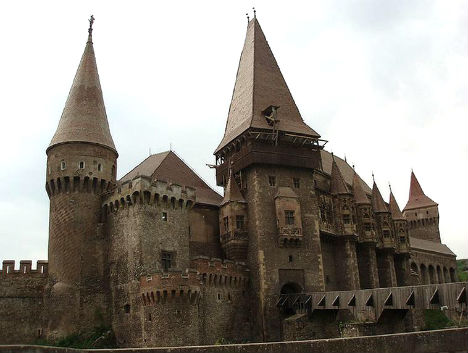 Photo licensed under the Creative Commons, created by Cernavoda

There is no railway in Hunedoara, but you can take a bus from the nearby Deva. As I wrote, Hunedoara is a relatively small city, so finding the castle would not be a problem – you can go from the bus station along the main street up to the dirty river, go over bridge and you should see the towers of the castle.

Corvin Castle is open every day but the opening hours vary depending on the season. Basic admission is 10 Ron (approx. €2,3).