Venice – the most important tourist destination at Adriatic Sea | Italy

The world-famous city on the lagoon, the romantic city full of canals and the historic city of museums and monuments – that’s Venice (Venezia)!

Venice is absolutely the most important tourist destination from all places located on the northern coast of the Adriatic Sea. With its romantic location and a unique charm attracts thousands of tourists from around the world every year. Its historical, artistic and cultural heritage makes it the world’s cultural center. There are several museums and galleries of all mankind. During the year it is also home to many large celebrations and festivals. 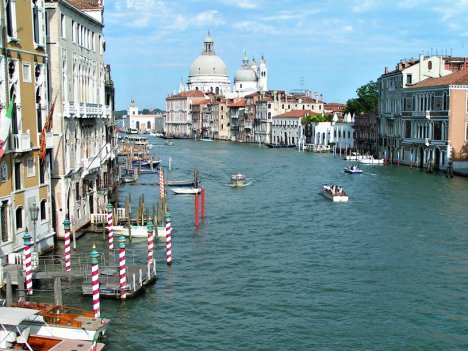 Venice, the capital of Veneto, have over 360,000 inhabitants, of which, however, only about 100,000 live in historic city of Venice or on the islands in the lagoon. The rest live on the coast of Venice-Mestre (Venezia – Mestre). This part consists of industrial and transportation center, it’s a new part of Venice. Historic centre of Venice is situated on total of 117 islands and islets, which are connected by 409 bridges. There are no roads or cars, but instead of those you can see here 177 canals with romantic boats and gondolas.

City, which we now know as Venice, was founded in distress, when residents, at the end of the Roman Empire, scuttled away into uninhabited and empty regions, where they found safe against barbaric tribes. So gradually people settled the islands and in the year 810 they established a town here. Shortly after that, in the year 827, there was founded the bishopric. Venice was first a Byzantine colony, but gradually it made independent and its power and wealth grew up.

In 1204 the Venetians participated in the conquest of Constantinople (Istanbul) and Venice reached the top of its golden age. 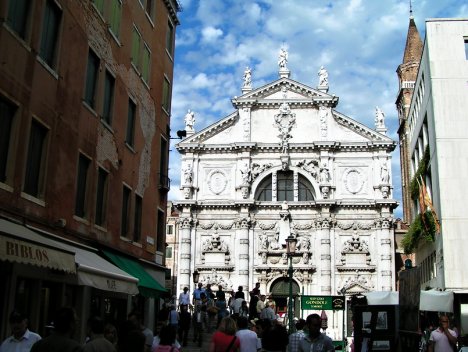 When the Turks conquered Constantinople in 1453, began a time of slow decline, which continued by moving the trade routes from the Mediterranean to the Atlantic Ocean. There were also large European countries standing against Venice. In the 18th century, Venice dominated only its surroundings, and in 1797 felt itself under the Habsburg yoke. In the years 1805 – 1815 belonged to Napoleonic satellite state and then again to the Habsburgs until 1866, when finally joined the Italian kingdom, later Republic.

Venice lies, as already mentioned, at 117 islands, connected by over 400 bridges. In addition to channels there are also lanes for pedestrians in the streets, so you can get anywhere in the old Venice on foot.

The most important is Canal Grande over which you can get through 4 bridges or by numerous ferries.

On one side of the Canal Grande is the railway station (Stazione Venezia S. Lucia) and even nearby is a bus station Piazzale Roma. Those are the two entrances to the city. At the other end of the channel is St. Mark’s Square with the great church of St. Mark and the Doge’s Palace.

Orientation is relatively easy because you can use the vaporetto water bus along the Canal Grande or around Venice, or go on foot. There are lots of directional signs to the most important objects (S. Marco, Rialto, Rerrovia). They can navigate you anywhere even without using a map of the city. 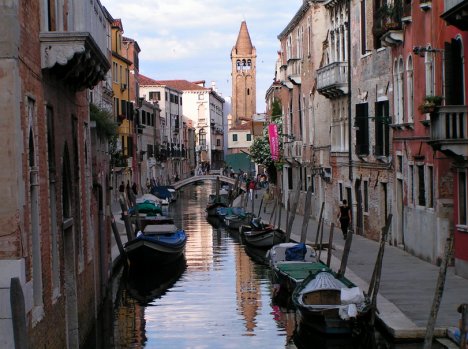 When booking a room, make sure that your hotel lie in the main part of Venice, because then you can easily get everywhere on foot. Mainly cheaper hotels and hostels lie on the surrounding islands or mainland, from which you are then transported by a ferry to Venice centre. An advantage of staying out of the city centre can be, in addition to lower prices, that those hotels mainly have a parking spot available for you when arriving by car. And in addition to the city centre you will see also its surroundings which is interesting and nice as well. I could recommend staying in some of the camping sites located at Punta Sabbioni, where you can get easily by car and transport to Venice’s centre by regular ferry.

For careful examination you would need several months, for further explore reserve at least three days, preferably more. However, even within a single day you can see many beautiful and very interesting sights. 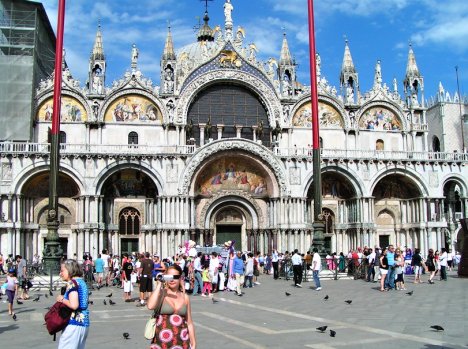 In each local area (Sestiere) you will find dozens of churches, palaces and houses of exhibition that are worth seeing, also all kinds of shops worth exploring. Venice, it is a pure joy of discovering something new.

Venice, however, is not attractive only because of its art and history. Venice’s romance lies also in the sunset over the lagoon. Even if you come just for a single day, be sure to do the walk through small streets, narrow bridges, around the channels. Also experience, when you get lost in the old streets, is one of the finest travel experiences, make sure you do not miss this opportunity. It’s really worth it! 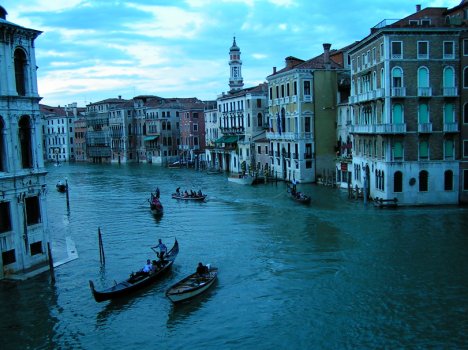