Štrbské Pleso – a favorite ski, tourist, and health resort in the High Tatras mountains in Slovakia

Despite the recent natural disasters that occurred in 2004 in the High Tatras National Park, Štrbské Pleso is still one of the most visited tourist destinations in Slovakia. In addition to sport activities you can do here, there are many natural attractions around it as well. A lot of people imagine Štrbské Pleso when hearing the High Tatras, so it is something like a symbol of this wonderful mountains. 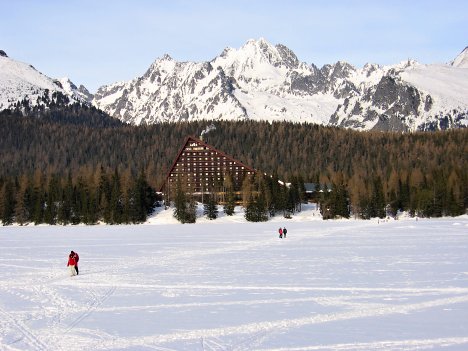 For those who might not know what is it, should be noted that it is a lake of glacial origin. In the Slovak High Tatras there are in a total of 87 glacial lakes, but the most famous one is certainly Štrbské Pleso. It is not the largest or deepest one, nor the highest situated, but it’s just typical.

It lies at the connected point of Furkotská and Mlynická valley at the altitude of 1346.6 metres above sea level. It covers an area of 19.76 hectares and its maximum depth reaches about 20 meters. The lake is almost half of the year covered by ice.

The lakes were created in the Pleistocene by the action of glaciers, which dug them into the valleys. Due to the remoteness and high altitude such lakes have very clean water and are often a home to quite specific types of plants and animals. Štrbské Pleso is home to a fish called European whitefish (Coregonus lavaretus). This salmon-like fish is still widespread in many countries, but currently it can be found on the Red List of Threatened Species. It has been found yet, that whitefish from Štrbské Pleso is genetically purest of its kind in the world. The lake is also home to several other species of fish, some of them (especially perch and roach) are unfortunately direct food competitors to whitefish. The management of High Tatras national park therefore prepared a program to capture these fish, to save a rare population of whitefish. 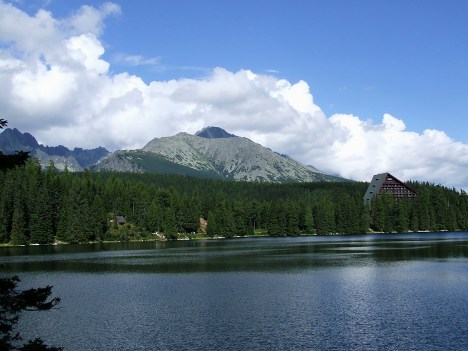 In terms of nature is the human presence on the shores of lake negligibly short, but more intense. The first mention of a lake comes from David Frölich in 1644. Later there came hunters, loggers and miners. A lake has almost ceased to exist in 1860. It was due to the residents of nearby Štrba town, who tried to drain the lake and use that “useless puddle” for new pastures! Fortunately, they didn’t do it well …

The same-name settlement of Štrbské Pleso was founded in 1872, when there was a hunting lodge built by Jozef Szentiványi. Other buildings were then built at the instigation of Hungarian Carpathian Association. At present, a town of Štrbské Pleso is a popular winter and summer resort with many hotels and restaurants, and also serves as a climatic spa centre. With its altitude it is also the highest situated resort in Slovakia. There are lots of opportunities for hiking and skiing, including ski lifts and cable cars to Solisko peak.

Despite its mountainous location, you can get to Štrbské Pleso by both road and rail. The main gate to Štrbské Pleso and High Tatras is the city of Poprad where is an international airport as well.

Whether you come to Štrbské Pleso for hiking or skiing, you will be surely surprised with its beauty and surrounding nature. There are lots of hiking trails leading from this place to several important peaks – Kriváň (2,495 m) or Rysy (2,503 m) or you can visit the great 10 metres high waterfall Skok (1,725 m), or another popular lake Popradské pleso (1,494 m).

View Štrbské Pleso – a favorite ski, tourist, and health resort in the High Tatras mountains in Slovakia in a larger map