Pieniny – the smallest and second oldest national park in Slovakia

East of the rocky peaks of the High Tatras mountains lies the picturesque and extremely attractive natural scenery of Pieniny National Park (Pieninský národný park – PIENAP). It is spread at the Slovak-Polish border and covers an area of 37.5 square kilometres, which makes it the smallest national park in Slovakia. This area is unique in many ways and hides a lot of unique natural treasures (however not only natural). 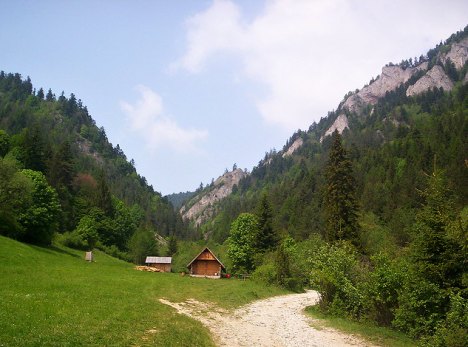 Photo licensed under the Creative Commons, created by DaLee_pl

Pieniny is spread in the northern part of the country called Spiš, in the region of Zamagurie. It is about 30 km long and belongs to Beskydy mountain range. In 1932, Tomáš Garrigue Masaryk established here the first international natural park in Europe. It was formed by National park of Pieniny in Poland and Nature Reserve of Pieniny in Slovakia. In 1967 was declared a National Park. Most tourists to Slovakia often stop in the High Tatras Mountains only, without knowing how beautiful nature is hidden behind them.

Pieniny National Park is an area with unspoilt nature, where meadows blend with the forest, villages are subtly incorporated into the landscape. It is a country full of rock formations, amazing rivers and high-mountain streams. Although there are not any high rocky peaks, but anyway this park will enchant everyone who come here. It’s a place where you can still see freely grazing herds of sheep and remote villages where time has stopped tens years ago, both in terms of architectural and cultural. It is not unusual to see a wooden horse-drawn carriages carrying hay, as well as a hundred years ago, or old ladies sitting in traditional festive costumes in the front of their homes. 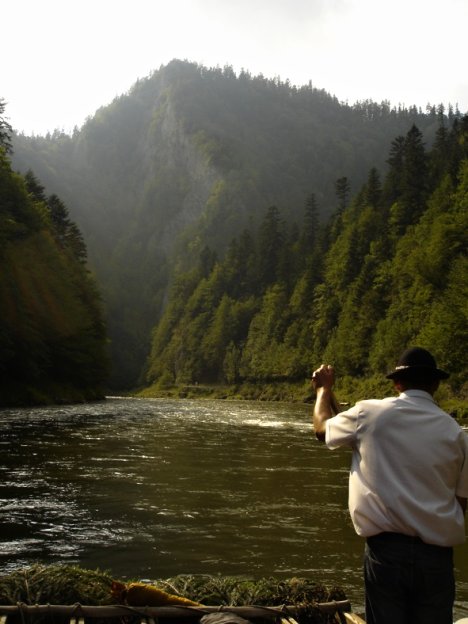 Photo licensed under the Creative Commons, created by Emillie & Lloyd

The mountain range is composed of Jurassic and Cretaceous limestones with younger sandstones, shales and conglomerates, which together creates very impressive character. The rugged relief with deep valleys, gorges and remarkable rock formations was created mainly due to the activities of water, frost, erosion and climate fluctuations. There are also numerous cave systems.

Nature in Pieniny National Park is very diverse, with a number of plant and animal species. From the protected animals you can see here such as Goshawk, Eurasian Eagle-Owl, falcon, raven, crayfish or Eurasian Lynx. There are also rare and endemic species, such as springtails, several species of grasshoppers, centipedes and butterflies. The forests are mostly mixed (firs, pine, spruce, beech, maple, and European yew). 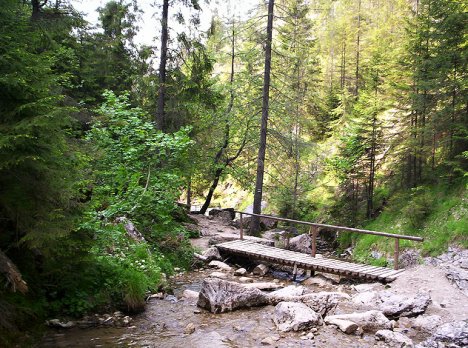 Photo licensed under the Creative Commons, created by DaLee_pl

Pieniny National Park offers relatively dense network of well marked trails with the possibility to choose the optimal route according to your capabilities. Most famous and most visited area in the Pieniny is certainly Breakthrough of Dunajec, located between the towns Szczawnica and Červený Kláštor. Dunajec river created a wonderful valley and you can try rafting on the wooden rafts here, which is the biggest tourist attraction. When sailing, you can see beautiful surrounding scenery. If you do not like water very much, you can go through the Breakthrough of Dunajec on foot or ride a bike.

The highest peak of Pieniny is Vysoké skalky measuring 1050 meters above sea level and lying at the borders with Poland. The top is beautiful, offering panoramic view of the surroundings. Much better known and more significant, however, are dominant Tri Koruny with a height of 982 meters above sea level, located above the Dunajec river. It is formed by rocky towers, whose walls are about 100 meters high and have the form of a crown. The summit offers a magnificent view over the whole area of ​​Pieniny, Spisska Magura, Belianske Tatras and even the High Tatras. 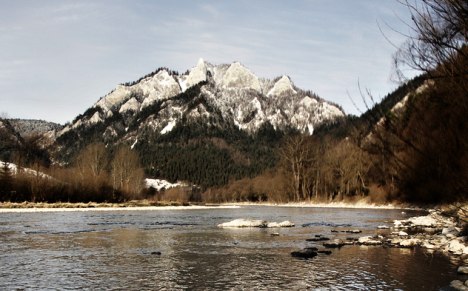 Photo licensed under the Creative Commons, created by tokarcik.tomas

A large part of the Pieniny National Park is still a God forgotten region, which is accessible to the ordinary tourist, mostly in the summer. There are not any large hotel complexes or resorts. It is ideal for hikers, cyclists, lovers of traditional culture or history, climbers, adventurers or simply for people fleeing from everyday bustle of the city.