Belgian city of Charleroi is situated at the banks of the river Sambre in the province of Hainaut, the westernmost part of Wallonia, located about 50 kilometers south of the capital city of Brussels. It has about 200,000 inhabitants and was founded in 1666. Due to its geographical position in the industrial region, focused especially on heavy industry, does not have a reputation of a beautiful city. Even here, however, you can find several enticing attractions that will certainly attract curious tourists. 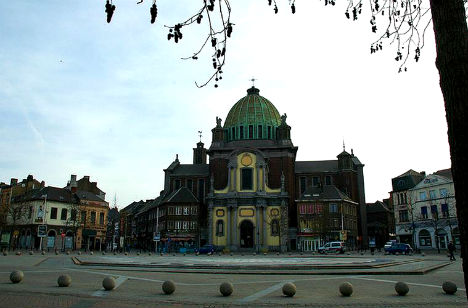 Photo licensed under the Creative Commons, created by isamiga76

The historic center of Charleroi is divided into Upper and Lower Town. The center of the Upper Town is formed by the square of Charles II., where you can see the most important monument of Charleroi. That is the Town Hall and the Bell tower called Belfry of Charleroi, which is together with other fifty-five Belgian and Northern France Belfries inscribed on a UNESCO World Heritage Site since 1999. Very interesting is also St. Christopher Basilica standing at the opposite side.

Lower City is situated around the square of Albert I., which is the commercial center of Charleroi. The city is also known for a number of interesting museums, which you can not miss on your visit. Head to the Museum of Glass, Museum of Photography and the Archaeological Museum. Museum of Fine Arts and Jules Destré Museum are waiting for you in the building of Town Hall, dating from the 30′s of the 20th century.