Monte Bondone is a popular ski resort located in northern Italy, just 20 kilometers from the famous university city of Trento. Seamless access to the historic city center is attractive for those skiers who want to spend their winter holidays not only in residences on the slopes, but also want to learn something from the history and culture of this area. Monte Bondone is in fact not very large ski center, but thanks to its relatively easy, wide and safe slopes, became a very popular among families with young children. The area is also known for its fine cuisine. 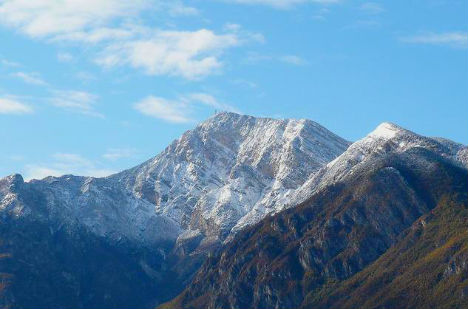 Photo licensed under the Creative Commons, created by Adam Sporka

The highest peak, where you can get by a cable car, is Palon with its height of 2090 meters. The lowest station of the cable car is at an altitude of 1175 meters and the whole area has such an elevation of about 900 meters. Lone peak Palon offers unforgettable views of the surrounding mountain massifs, such as the Dolomites.

The resort of Monte Bondone boasts 20 kilometers of slopes, mainly red ones, which thanks to modern snow cannons, has always enough snow. The favourite ski slope is certainly Gran Pista, means “large slope”. It is 3.5 kilometres long slope, exceeds elevation of more than 800 meters and is considered the best slope in the region, which is confirmed by several awards. There is a lift called Rocce Rosse, which boasts being the chairlift with the greatest elevation in Europe. Thanks to Rocce Rosse you can be on the top of the slope within 7 minutes. All 6 lifts that are in the resort of Monte Bondone can carry more than 14 000 skiers per hour.

Monte Bondone is a friendly resort for families with children, so you can find here sufficient number of ski schools. Brave skiers can look forward to 120 meters long and 5 meters high U-ramp, boarder-cross track and many tricks. Cross-country skiers will appreciate the 35 km long route, which is located in the ski center Viotte. This route is suitable both for classic and skating styles. Among popular sports is also walking around in snowshoes, for which there are several trails prepared.

Of course there are rental services, shops, restaurants and bars in the resort. Much wider range of entertainment is ensured by nearby Trento, which can be reached by bus in about half an hour. The resort is situated in the Nature reserve of the Tre Cime del Monte Bondone and is a great travel tip also in summer.