Haapsalu is a spa town located at the Gulf of Haapsalu, on the western part of Estonia. The city was founded in the 13th century and soon became the seat of the bishop. At this time, there was built the most important monument of Haapsalu – Bishop’s Castle. This Gothic complex dates from the 13th century and its best preserved part is the guard tower, which houses the museum, and the castle chapel. The castle is connected with a legend about White Lady. 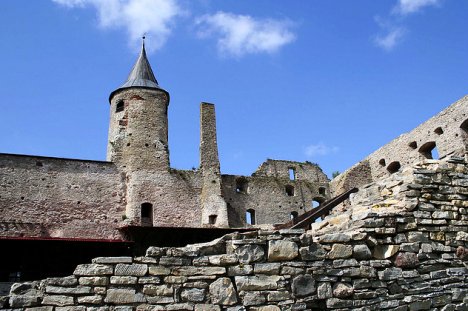 Photo licensed under the Creative Commons, created by Triin Olvet

But the city is mainly a seaside location, so the most tourists come here due to a well-known local beaches and promenades, such as beach Paralepa. However once you come to Haapsalu, you should not miss the local mud baths. The tradition of spas in the city dates back to the early 19th century, when a doctor took a habit of local inhabitants to treat rheumatic problems with mud baths. At this time a new sanatorium grew up here and shortly Haapsalu became a favorite destination of the Russian elite. Most of the spa buildings are situated near the Great Mall.

Haapsalu has 11,600 residents and is located 100km from the capital city of Tallinn. The city is also prepared for the lovers of technical monuments – in the local railway station you can find a railway museum and exhibition of historical vehicles. If you wish to enjoy the quiet atmosphere of the seaside spa resort, Haapsalu is the right choice.