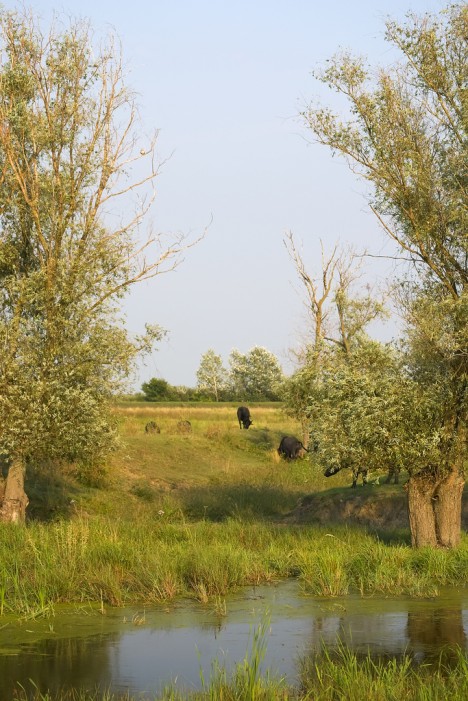 Photo licensed under the Creative Commons, created by Attila Hajdu

For those travelling through Hortobágy National Park probably seems that there is nothing, just an endless horizon. You can hardly see some well, pub, or settlement, smaller trees and shrubs. So why Hortobágy got onto the UNESCO list? It is a cultural area where the coexistence of man and nature dates back to 2000-year old history. It is the largest natural moor in Europe, which was not created by grubbing up of forests. It is also the oldest national park in Hungary As typical animals in the moor, everyone firstly thinks about such as gray cattle, sheep, seagulls, Mangalica pigs and Nonius horse. But Hortobágy is also the famous place due to bird world. So far, there are 342 registered different species, of which 152 nest in the Hortobágy. Among them there is a number of strictly protected species.

Hortobágy National Park consists of steppe, extensive pastures, ponds and swamps. In the area of ​​the park you can see growing some plant species which usually grow at sea. Park protects primarily large number of different species of birds. During the night, the park is a home to nesting but also migratory birds. Around the lakes you can be observed Waders.

You can access Hortobágy National Park from the tourist centers that acquaint visitors with the local nature, past and present of the park. The most popular are Szálkahalom, Hortobágy, Nagyván and Mátapuszta.