One of the most interesting places on the Bulgarian Black Sea coast is Kaliakra Cape (Nos Kaliakra), located north of Varna and 12 km from the town of Kavarna. Kaliakra is a huge elongated limestone plate, protruding from the sea to a height of 70 meters. It is 2 kilometres long. 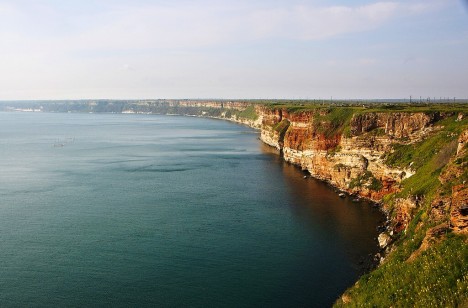 Photo licensed under the Creative Commons, created by alex yosifov

There are several legends about this place, the most famous is about 40 girls who in an effort to avoid the Turkish slavery together jumped off cliffs into the sea. This fabulous event is commemorated by an obelisk called the “The Gate of the 40 Maidens” at the entrance to the Cape. You’ll also find a small museum with archaeological finds here. There are remnants of Tirisis fort that was built before the advent of the Romans and served until the Middle Ages. Its location on the Cape was not accidental, the sea and high cliffs represented an ideal natural protection against invaders.

But the main thing that attracts tourists, is the overall scenery of the Cape and the local nature at all. The dramatic view from the top of the rocks of the turquoise sea is really worth it. There are many caves and photogenic corners here. Kaliakra Cape is a protected area since 1941, but since that it has increased its area three times and now reaches 687 ha. 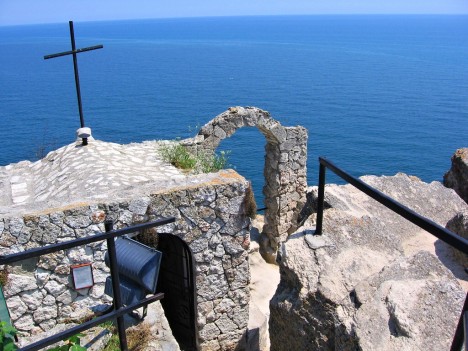 Photo licensed under the Creative Commons, created by Marcin Chady

Fairly typical is to watch the dolphins while playing in the waves. Even relatively recently it was also a home to rare Mediterranean seal. This animal was in the past, very abundant and very common throughout the Mediterranean and the Black Sea including Bulgaria, but due to the pollution of their environment, hunting and development of the tourism industry they disappeared. The last Bulgarian seals could be seen in the early eighties of the 20th century. Today, Mediterranean seal is officially considered the most endangered mammal of the European Union and its future existence is uncertain.

Other places for nature lovers are 8 kilometres away, in Taukliman protected area and the subsequent reservation called Jajlata. 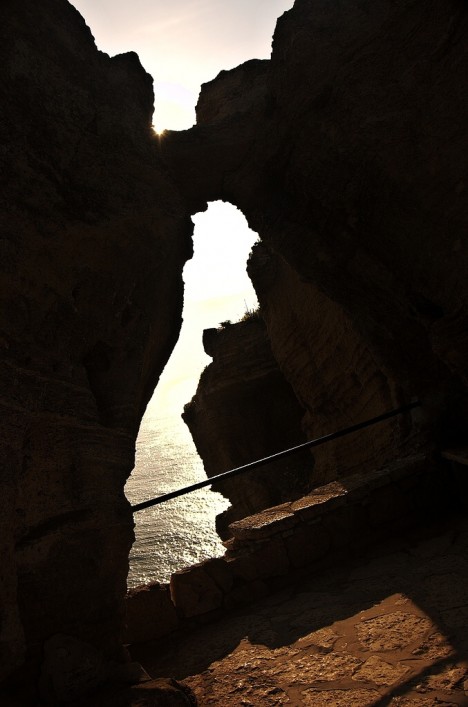 Photo licensed under the Creative Commons, created by alex yosifov

Surroundings of Kaliakra Cape is interesting not only from the land but also from the sea. In August 1791, in the vicinity of the cape, there was a naval battle, during which the Russian fleet under the leadership of the famous admiral Fyodor Fyodorovich Ushakov completely destroyed the large Turkish fleet. That is one reason why the area attracts divers and wrecks seekers. On the seabed there are a number of objects and remnants of ships from various medieval periods and of the World War II.

Very interesting is also a restaurant situated in one of the caves in the middle of the Cape. It boasts an outdoor garden offering magnificent views of the surrounding area. However you will not find any accommodation right on the spot, most tourists come here on a trip from various places on the Black Sea, for example, from a well-known resort of Albena. If you go on your own, you surely find some bed in the vicinity.

So if you wandered into this region, just visit this place, where sea fights with the mainland and still make for an unusual beauty.