Gniew Castle – a medieval knight’s seat and fortress in Poland 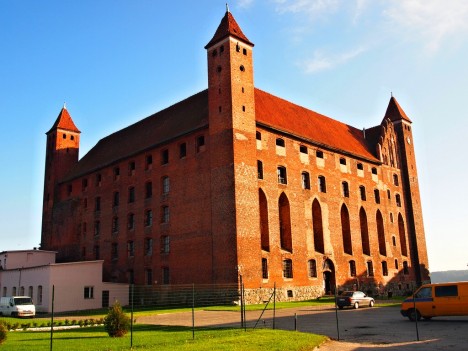 Photo licensed under the Creative Commons, created by tomasz przechlewski

Insights into the history
Gniew Castle was founded in the 2nd half of the 13th century and served as the seat of the Teutonic Knights. In the 15th century castle took possession of the royal family. Later, however, the fortress fell to Prussians, who established the military barracks and armory at the Gniew castle. In the first half of the 20th century the building was damaged by a large fire. About 50 years later, began an extensive reconstruction, and the whole place got back to its original form.

Attractions
Today the castle houses an archaeological museum, where you can see many exhibitions of medieval excavations and archaeological findings. The castle also hosts festivals of various historic characters and many exhibitions. In the vicinity of Gniew Castle you can find another great castle, Malbork Castle, which is the largest Gothic building in the world and the largest brick building in the world.

Practical information
You can visit Gniew Castle almost every day (except of Mondays) from 9:00 to 17:00. Admission is 8 PLN. The museum is open from 15 April to 31 October. You can even accommodate right in the castle complex or try some of the great polish traditional meals in the castle’s restaurant. Very impressive is night walking around the castle.